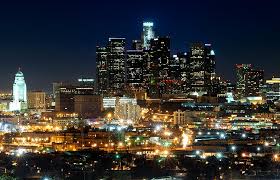 LA is definitely the hotbed for sports, and subsequently sports betting, in California.  With a massive population of 3.9 million people living in the city and around 18 million in the surrounding areas, it should come as no surprise that Los Angeles is home to at least one, and sometimes two professional sports teams from each of the major leagues in North America.

This massive number of sports teams serving the LA area, results in sports betting being a huge part of the culture in Los Angeles.  The LA Lakers are one of the most storied teams in the NBA, the same can be said about the Dodgers in the MLB and the Kings have been one of the most successful NHL franchises over the past decade.  Add in the fact that the Rams have returned to LA and as a sports fan you have everything you could want right at your fingertips.

Is Sports Betting Legal in LA?

Setting up a sports betting operation and taking bets is not allowed in the State of California.

That said, it is perfectly legal for California residents to open accounts with offshore betting sites, such as the two I’ve outlined below.  Both of these sportsbooks are licensed outside of the United States, while accepting American residents.  In fact, Bovada, our top rated site, only accepts Americans so that they can completely cater their sportsbook to fit the needs of USA residents.

These are our two top rated sportsbooks for LA residents.  Both betting sites are extremely popular across the United States and offer a safe environment to place your sports betting wagers.

Unfortunately, offline sports betting is not allowed in the State of California.  If you wish to place your sports wagers at a brick and mortar casino then you will have to cross the border into Nevada, which is the only State where land based sportsbooks are legal.

That said, California does allow you to place horse racing bets in the State, and two of California’s top race tracks are within a few minutes of Los Angeles.

Santa Anita Park is a quick 20 minute drive north-east of downtown LA.  This is one of the most prestigious racetracks in all of the United States.  The Breeders’ Cup has been held at Santa Anita Park five times in the past ten years, while the Santa Anita Derby and Santa Anita Handicap are two of the biggest races of the season, each with a purse of $1,000,000.

You will be able to wager on live races almost daily at Santa Anita Park, and you are also given the opportunity to bet on other horse races from tracks across the country.

If you are unable to head to the track you can also place bets on the races at Santa Anita Park via either of the sportsbooks I recommend above.

***I should note that betting on sports is not offered at the racetrack.

If you live in south Los Angeles, Los Alamitos Race Course may be the more convenient track for you to visit if you wish to bet on some live racing.  It is located about a half hour south-east of downtown LA.  You are also able to place off track bets on other races from across the country at this location.