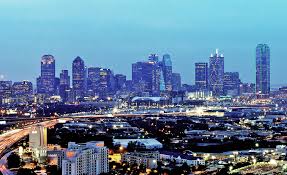 Dallas is the hotbed for sports betting in Texas, thanks to the great interest having a professional sports team in each of the major North American sports brings to the city.  With a population of 1.25 million in the city and a massive 6.7 million in the Dallas Fort Worth Metroplex, there are more than enough sports fans to support a strong variety of major league sports teams.

The Dallas Cowboys of the NFL are without a doubt the most popular team in the region, and quite possibly the most popular NFL team in all of the United States.  They have a great team at the moment, which could mean even more people in Dallas start to pay attention to ‘American’s Team’.  On top of the Cowboys, the area is also home to the Texas Rangers of the MLB, the Mavericks of the NBA, the Stars of the NHL and FC Dallas of the MLS.  It’s a great time to be a sports fan in Dallas because every single one of the pro teams in the area (except the Mavs) are very competitive at the moment and have the shot at a championship each year in the near future.

Is Sports Betting Legal in Dallas?

Operating a sportsbook and taking wagers is not allowed in the State of Texas.

That said, it is legal for Texas residents to place bets with offshore betting sites, such as the pair I’ve outlined below.  These sites are licensed and regulated by jurisdictions outside of the United States making them legal and allowing them to accept American bettors.  In fact, Bovada, our top rated betting site, actually only accepts American residents as this allows them to fully cater their sportsbook to the USA demographic.

These are our two recommended betting sites for Texas residents.  Both sites are very popular across the United States and offer a safe and secure platform for placing your sports bets.

Offline sports betting is not allowed in the State of Texas.  If you are only willing to place your wagers through a brick and mortar sportsbook then unfortunately you will have to travel to Nevada to find a legal land based bookie.

That said, Texas does allow you to wager on horse races live at the tracks and one of the top horse racing tracks in Texas is located just outside of Dallas.

Lone Star Park is a quick 20 minute drive to the west of downtown Dallas.  This is the most popular horse racing track in the State of Texas.  The race track is only 20 years old and it played host to the Breeders’ Cup back in 2004.

You will be able to wager on live races during the spring thoroughbred season between April and mid July, as well as during the Fall Meeting of Champions which runs from early September through November.  You will also be given the opportunity to wager on races from across the USA at the track.

If you aren’t able to make it to Lone Star Park for a race you’d like to bet on, you can also place your horse racing wagers at either of the betting sites I’ve outlined above.

***I should also note that betting on sports outside of horse racing is not permitted at the racetrack.