#11 Dayton or #10 Stanford? Which Cinderella Will Make the Elite Eight?

If you had Dayton and Stanford meeting in the Sweet Sixteen in your bracket then you’re a better bracketologist than me!  Both of these teams have had to play the underdog role in their opening tournament game and then follow it up with a giant killer effort last weekend.  Dayton really took out two high profile teams with their tight wins over Ohio State and Syracuse, while Stanford beat New Mexico in the first round in a game many people had them winning and following it up with a huge W over a Kansas team that was tipped to go all the way before the season began.

We are now left with an 11 and 10 seed battling it out for a spot in the Elite Eight.  Which Cinderella team will continue their quest and earn the right to face either #1 Florida or #4 UCLA.

Here are the odds for this game from BetOnline.  I’ve included the spread, money line and over/under odds.  Visit BetOnline.ag to see the up to date odds. 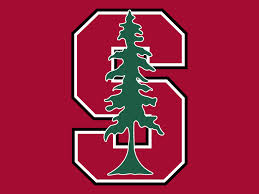 I like Stanford in this one, but I gotta go with the money line because I think this could be a tight game.  Stanford is coming out of the Pac-12 this year and this conference has proved itself in the tournament.  Arizona, UCLA and Stanford are all in the Sweet 16, while only Oregon (who lost a tight battle with Wisconsin) and Colorado have been eliminated.  I can’t give a ton of credit for the Kansas win because the Jayhawks were not playing well heading into the tournament.  That said the Stanford defense really shut down Andrew Wiggins and kept the Jayhawks to the outside the entire game.  If they can continue to impose their will down low against Dayton they will have a good chance.

Dayton won 2 close games, but these wins also are bigger than they may seem.  I think the Ohio State win is actually more impressive because Syracuse had struggled leading up to the tournament.  They lost to North Carolina State in the first playoff game in the ACC and had lost 5 of their previous 7 games heading into the tournament.  They were a wounded team and Dayton took advantage.

After looking at this from a momentum perspective it isn’t a big surprise that Kansas and Syracuse are both out of the tournament.  They struggled down the stretch and Dayton and Stanford took advantage.  For this reason it’s hard to look at these games as a measuring stick.  That said I think Stanford is the better all around team and they should be able to get a win against the Flyers on Thursday, but it will be a tight battle.

Click here to visit BetOnline.ag to see all of the odds for this Cinderella game.