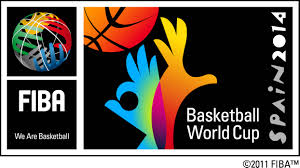 This summer a lot of the basketball news I’ve been following has revolved around Team USA for the 2014 FIBA World Cup that is set to begin on August 30th in Spain.  Team USA is obviously a huge favourite to win gold at the tournament, but the Spanish team cannot be overlooked and they will do their best to upset the obvious world #1.  Other teams who may have competed for the championship such as Argentina and France are missing some key players in Manu Ginobli and Tony Parker respectively.  Each of these players has come off of a big NBA Championship win with the Spurs and playing in the the World Cup just doesn’t make sense for them.  Outside of these countries teams like Brazil, Greece, Lithuania and Serbia have an outside shot at the title.

Online sportsbook BetOnline.ag already has winner odds available for those of you who want to bet on the tournament winner right now.  I’ve outlined the current odds (August 6th) below for some of the teams with a shot at winning the tourney.

You can find these odds by visiting BetOnline.ag and clicking on ‘Futures & Props’ in the left sidebar, followed by ‘FIBA Basketball World Cup 2014’.

The chances are extremely slim that anyone other than these 8 nations will win the FIBA World Cup.

Team USA is full of All-Star players and on paper they will be by far the best team in the tournament.  Team USA are the defending champions from 2010 when Kevin Durant lead the USA to the championship through a dominating performance throughout the tournament.  They defeated Turkey in the finals by a score of 81-64 and won every game by 10 or more points except a 70-68 scare against Brazil in the round robin.  More of the same is expected of Team USA this year and they are deservedly the big favourites to win the tourney.  In 2006 though Team USA lost in the semi-finals to Greece, which shows that they are beatable in this tournament and one loss can spell the end of a run.

Spain won the tournament in 2006, but lost to Serbia in a tight quarter-final game 4 years ago.  This time around Spain has a fairly solid team with decently solid NBA players such as Marc Gasol, Serge Ibaka, Jose Calderon and Ricky Rubio leading the charge.  They are definitely the biggest threat to Team USA, but on paper they are more like an average NBA team playing a group of All-Stars.

The rest of the teams each do not have more than a handful of NBA players on the team, so they will be looking to local talent to take down the powerhouse that is Team USA.  Anyone can get hot on any given night of course, but in basketball the best team usually wins and I expect Team USA to show once again that they are by far the best nation for basketball in the world.

I think the smart money is on Team USA even if they are big favourites.

Visit BetOnline.ag to place your bets.