The 2015 NHL Stanley Cup Playoffs are finally here.  We get underway with 4 games on tap tomorrow as we work away towards the Stanley Cup Champion over the next couple months.

Now that the Stanley Cup Finals match ups are set the odds for who is going to win the Stanley Cup have changed quite a bit from what they were when the playoff bracket was up in the air. 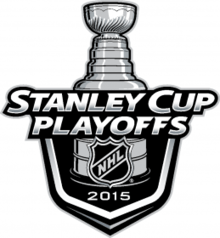 Here are the current odds from BetOnline.ag, 5Dimes.eu and PinnacleSports.com.  I chose the best odds from either of those sites:

Picks To Steer Clear Of

There are certain teams where I either think they have no shot at winning the Cup or I don’t like their odds at all.

The Nashville Predators have really collapsed in the second half of the season and they have a very difficult road to the Cup with a first round match-up against the Blackhawks, followed by the winner of the Blues & Wild.  I would steer clear of the Preds.

The Penguins are another team that struggled mightily down the stretch.  On top of that they are playing the top seed in the NHL and a team that I think looks extremely good right now.  I think the Pens have a better shot at being swept in the first round than winning even that round.

The Red Wings also don’t have much of a chance to go deep in my opinion.  Both goaltenders are question marks and the team isn’t good enough top to bottom to beat teams without somehow getting some hot goaltending at some point.

I actually don’t hate the Rangers at +475.  I’ve been really impressed with this team and I even though they won the Presidents trophy this year I think this team is built to win in the playoffs.  The Rangers are going to be an extremely tough out in the Eastern Conference and if they make the Finals they can match up with anyone in the West.  The +475 can be found at 5Dimes.eu.

I like the Blackhawks at +855 as well (5Dimes.eu).  They should easily win their first round match up against the Predators and now that Patrick Kane is back they’re a very formidable team.  The second round will be difficult, but this Blackhawks team has the experience and talent to be the best team in the league and the first round gimmie is always nice.

The Ottawa Senators set a record for making the playoffs after being 14 points out.  They are playing lights out hockey right now and they earned themselves a favourable match up in the first round against the Montreal Canadiens.  If the Sens just keep playing with the same desperation they’ve shown for the past 2 months the sky is the limit.  At +2721 they’re an amazing value.  Those odds are at PinnacleSports.com.

I also like the Jets at +2200.  I really think they have a good shot at beating Anaheim and they I expect them to be the favourite against either the Canucks or Flames.  After that there is just 2 series left and anything can happen.

I think the Blues are a really strong team this year that could be ready to make the jump.  That said I think they have the most difficult road to the Championship of the top teams in the league.  The Wild are a very strong team that has the ability to beat the Blues in the first round.  Then it’s likely the Blackhawks in the second round.  After that there are still two more rounds that they need to win.  It’s just a very difficult road so I’m going to pass on betting on the Blues this year.

I think the Lightning could do some damage, but I’m not going to bet them at those odds.  They have a very young, talented team and they should have no trouble with the Red Wings, which will already put them into the second round.  They also avoid the Rangers until the Conference Finals, which is very good for them.

The Caps at +1807 also isn’t a bad bet in my opinion.  This Caps team seems to be different under Trotz and they have the talent to beat the top teams.

The Stanley Cup Playoffs are my favourite time of the year.  I’m excited to see how all these predictions pan out over the next two months.