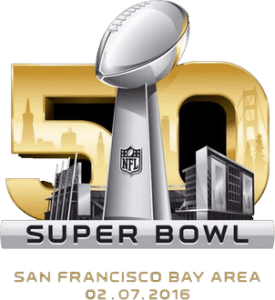 Week 1 of the NFL season is under 2 months away.  Teams are already in training camps, finalizing their rosters, and getting ready for the preseason games, which will begin on August 13th.  Right now, we really only have each teams rosters to go off of when picking the Super Bowl winner, but if a team can translate their on paper ability to the field you could make a decent pay day with a NFL Super Bowl futures wager.

Online sportsbook Bovada.lv has odds for every team in the NFL to win the 2016 Super Bowl.  It is Super Bowl 50, so you know it’s going to be a massive show on February 7th, of 2016 in San Francisco.

Click here to see all of the odds at Bovada.lv.

I’m going to list all of the teams that are being given a 40/1 or better shot at the Super Bowl.  I don’t suggest picking a bigger underdog than that, but if you’d like to see the full odds you can check them out here.

There are 22 teams in the NFL with 40/1 odds of winning the Super Bowl or better according to Bovada.lv.

I personally like the Seahawks at 13/2.  Russell Wilson is a proven winner and he will be back better than ever next season after the way Seattle lost in the Super Bowl last season.  Wilson through a pick from the goal line that ended Seattle’s chances to repeat as Super Bowl winners for the first time since the Pats won back to back in 2004 & 2005.  At 13/2 the return isn’t that great, but I expect the Seahawks to once again be the best team in the league in my opinion, which makes taking them to win the Super Bowl the right play in my books.

To see all of the odds visit Bovada.lv.  The odds will change as the season approaches and throughout the season depending on how each team is performing.  I suggest placing a futures bet when a team may be in a slump in order to maximize your potential return.

Check our NFL section throughout the season for weekly free picks.