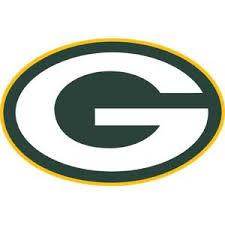 Since winning the Super Bowl in 2010, Aaron Rodgers and the Green Bay Packers have been seen as contenders to win the NFC every year. However, things haven’t gone as planned for the Packers, who have had their share of heartbreak in the playoffs.

After advancing to the NFC Championship Game last year, where they lost to the Atlanta Falcons, many believe the Packers will be back this year, only this time, they will make it to the Super Bowl.

During the offseason, the team addressed some of the issues they had on defense, and parted with running back Eddie Lacy, who had trouble staying healthy due to weight issues. With an improved defense and a more consistent running game, Aaron Rodgers should have all the tools he needs to win his second Super Bowl ring.

In this article I’m going to look at the various futures bets you can make on the Green Bay Packers 2017 season.  I’ll look at their Super Bowl odds, as well as their odds to win the NFC East, total wins and their week 1 game.

Green Bay has the second best odds of winning the Super Bowl, and is the favorite to come out of the NFC. With the Seattle Seahawks regressing over the past two years, the Packers have a legitimate chance of making it as far as the Super Bowl, as long as their defense is capable of making stops when needed.

In their playoff game against the Dallas Cowboys, their defense played well enough, but the team still needed some last minute heroics from Rogers to win the game. Against the Falcons, the defense was obliterated by Matt Ryan, and made it difficult for the offense to bail them out.

Atlanta is likely going to be the biggest threat to Green Bay this season, but there are no guarantees they will survive their division, with a Carolina team that is expected to bounce back from a disappointing season, and a Tampa Bay team that has improved every year since 2014.

The Packers will open the season at home against the Seattle Seahawks. The point spread is -3 in Green Bay’s favor. The over/under on total points scored is 49.5 at -110.

The Seahawks are a dangerous opponent to start the season against, but they are also a notoriously bad team on the road. Last season they lost to the Packers at Lambeau Field 38-10. I don’t expect another blowout, but the Packers will win this game.

With Aaron Rogers’ window to win another title slowly closing, do you think he can lead the Packers to another title?   If you’re new to betting on football I suggest checking out our NFL betting information page to brush up on the various wagers you can make.