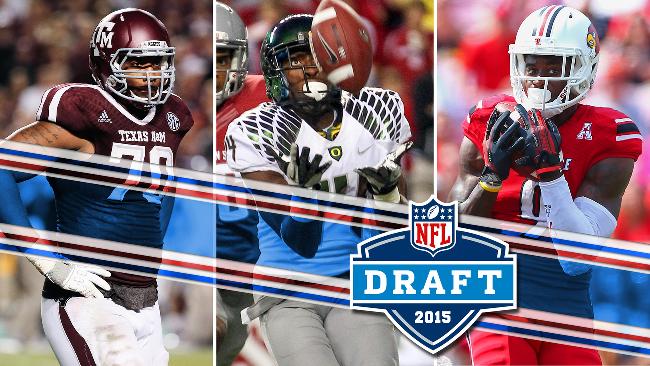 The 2015 NFL Draft is taking place over the next few days and online sportsbook Bovada.lv has a few prop bets that you can wager on if you think you have a good read on which teams certain players will be going to this year.

To find the NFL draft props, click here to visit Bovada.lv and then click on ‘Football’ and ‘NFL Player Props’ in the left sidebar of the sportsbook.

Let’s take a look at a few of the props being offered.

How Many RB’s will be selected in the 1st Round?

Todd Gurley is ranked #8 on the ESPN draft rankings so there will almost certainly be one RB in the first round.  Then there is Melvin Gordon ranked #17 who will really make or break this bet.  I expect him to go in the first round though, which is why the over bet here is probably good.

How Many WR’s will be selected in the 1st Round?

Amari Cooper is ranked #3, Kevin White is ranked #7 and DeVante Parker is ranked #9 in the ESPN Draft Rankings.  These 3 are shoe-ins to go in the first round.  Then you have Breshad Perriman, Nelson Agholor, Phillip Dorsett, Devin Smith and Jaelen Strong who are also ranked inside the first round.  That brings us to 8 WR that are ranked in the top 32 right now.  It really comes down to what teams are looking for and if other positions start to go teams may hold off on WR’s until the second round.  I expect it to be either 4 or 7 WR gone in the first round as they could go like dominoes late in the first or they could all go early in the second.

Like I said Cooper is ranked #3 and it’s likely he goes before #6 in the draft, but anything can happen.

Here are some other over/under’s for different players….

There may be some more props added before the first round gets underway tomorrow.  So head over to Bovada.lv if you’re interested in placing any NFL Draft prop bets!