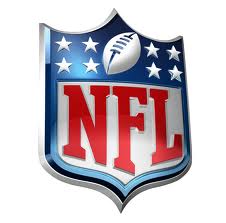 As I’m writing this article the NFL season is only two weeks away.  That’s just two weeks until we get some meaningful games and Sunday’s get back their excitement.  With two preseason games in the books we do have some idea of how teams will look this coming season, but it’s week 3 that often gives the most telling information.

If you think you have an idea of how the regular season is going to play out you may want to bet on which team will win various divisions in the NFL.  This is one of my favourite types of futures bets each NFL season because it allows you to follow various teams that you’ve picked throughout the season and if you focus your attention on one or two divisions you may have a good idea of which teams could succeed, which leads to positive expected value in these types of bets.

Where To Bet On NFL Division Winners

In the United States, Bovada.lv is by far the best sportsbook for betting on the NFL this upcoming season.  They’re the biggest and best sportsbook accepting US residents and the fact that they only allow Americans to play through their site allows them to fully focus on catering to the American audience.

The Cowboys began last season like a playoff team, but when Tony Romo went down, the hopes for Dallas also went out the window.  This is not a strong division, but I don’t like to take the Cowboys in this situation because they always seem to have more hype than they deserve.  I think this is anyone’s division, but I think the Eagles could have a solid season after moving on from Chip Kelly and now having Doug Pedersen as the head coach.  They were 7-9 last season playing some very bad football and if they can get their act together this year they have as good a shot as any of these other teams to lead this division, which makes me want them at these odds.

The Packers were second the Vikings last year, but I think everyone would agree that the Packers, lead by Aaron Rodgers, are the best team in this division when everyone plays at the top of their game.  I think they will avoid losing their last two games of the season this time around and hold off the Vikings for the top spot.

The Panthers are simply on another level in this division.  If Cam Newton stays healthy the Panthers are once again a legitimate Super Bowl threat and should easily win this NFC South.

The Cards went 13-3 last season and I still think they have one of the best defenses in the league.  If Carson Palmer stays healthy they will battle the Seahawks right down to the end for the NFC West title.  Based on the odds I think the smart money is on the Cardinals here.

Tom Brady is suspended for the first four games of the season and that could make winning this division a little more than a given for the Pats this season.  I think this is a good spot to take a stab at one of the other teams to have a good start and hold of the Pats down the stretch.  I’m leaning towards the Buffalo Bills in this spot.  They were 8-8 last season, but had some very up and down games and if they can play the way they showed they were capable for a longer period they have a shot to do well this year.  Another year in the books for Tyrod Taylor is another positive for the Bills.

The Bengals had a big season last year, but I don’t see them repeating that this season.  The Steelers are the better team and if Big Ben is healthy they are extremely difficult to beat.  Antonio Brown is able to get open against anyone in the league and I’m expecting another massive year from the wide out. Play: Steelers +120 @ Bovada.lv

I’m expecting a big bounce back year from Andrew Luck.  The young QB simply has too much talent to put up another stinker of a year like last season.  And even while putting up that poor outing last season the Colts were still able to salvage an 8-8 season, which was just 1 win away from the Texans.  The Colts should win this very weak division this time around.