Bet On Antonia Silva vs Travis Browne UFC on FX 5 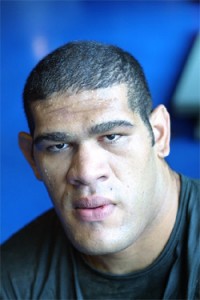 The UFC is back with another UFC on FX 5 night this Friday, October 5th.  The headlining fight is Antonio ‘Bigfoot’ Silva vs Travis Browne.

Silva is coming off a devastating loss to Cain Velasquez in UFC 146 and having lost both of his last fights by punching knockouts in the first round many fans of the UFC are starting to think his fighting days are numbered.  A win this Friday will put that talk to rest, but Silva will go into the fight as an underdog and a loss could help bring his MMA career to an end.  Let’s not forget though that Silva beat Fedor Emelianenko only about a year ago and Cain is one of the top heavyweight fighters in the UFC.  Silva definitely has a fighters chance in this one.

Travis Browne on the other hand has never lost in his MMA career, posting a 13-0-1 record (draw against Kongo).  He defeated Broughton and Griggs in the last year, but he has yet to fight someone with as big a name as Bigfoot.  Browne is a very big fighter at 6 foot 7, but he has the athleticism to move around and fight like a smaller guy.  Many bettors are expecting him to be too quick for Silva and to win this fight fairly easily as he becomes a much bigger contender in the UFC heavyweight division.

Here are the current odds found at 5Dimes.eu, which is our recommended online sportsbook for betting on this fight.  5Dimes almost always offers the best odds on either fighter for UFC fights.

As mentioned above we recommend betting on this Silva vs Browne fight at 5Dimes.eu because they generally offer the best odds for UFC fights.  Click here to visit 5Dimes.eu and proceed to click on the ‘Register Today’ button in the right sidebar to open an account. Use 5Dimes marketing code AF0002879 when signing up to get up to $520 in bonus dollars on your first deposit.

Now that you have an account go ahead and log in, then click on ‘Cashier’ in the top navigation bar to make a deposit and fund your account.  You should note that 5Dimes offers up to $520 in bonus dollars for new sign ups.  The amount you receive depends on your first deposit amount.  So the bigger the first deposit the bigger your bonus will be.

Now that you have money with which to bet it’s time to place your wagers.  Click on ‘UFC’ under fighting to bet on this fight.  Will Antonio Silva be able to regain some traction in the UFC or will his career dwindle and Travis Browne become a household name for MMA fans.

Check out the UFC site to keep up with all the news.