Two teams that entered the season with high expectations will be trying to keep their slim playoff hopes alive when the Arizona Cardinals travel to Charlotte to take on the Carolina Panthers on Sunday afternoon. The game is scheduled to begin at 1 PM. ET.

At 3-3-1, the Cardinals still have a good chance of making the playoffs, but they can’t afford to lose games they are expected to win if they want to make it back into the playoffs. After a 1-3 start, the team has won two of its last three, and their last game ended in a tie with the Seattle Seahawks.

At 1-5, the Panthers find themselves at the bottom of the NFC South, and have a long way to go to get back into playoff contention. The fact that their only win of the season comes against the San Francisco 49ers, who have the second worst record in the league, is not very reassuring to Panthers fans. 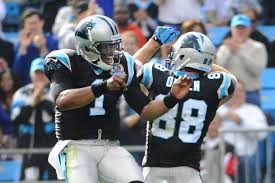 I’m expecting a big game from Cam coming out of the bye.

The last time these two team met was in the NFC Championship game last year, a game the Panthers won very easily thanks to the turnovers committed by the Cardinals. Unfortunately for the Panthers, neither their offense nor defense has played as well as they did last year, which could make this a tough game for them.

The Panthers offense was expected to be better than it was last year because of the return of Kelvin Benjamin, who missed the entire 2015 season with an injury. With Benjamin back in the lineup, the Panthers are averaging 26.8 points per game, which is 5th best in the NFL.

Last season’s MVP, Cam Newton, has not been as effective as he was last year, and has also been taking more punishment than he did a year ago because of injuries on his offensive line. After having a week off to sort out their issues, expect to see a better performance by the Panthers offense, however, it might not be enough against one of the best defenses in the NFL.

Carson Palmer, who finished 2nd in MVP voting last year, should be able to put some points up on the Panthers defense, which is allowing opponents to score 29.3 points per game this season. With an explosive David Johnson in the backfield, Palmer won’t feel the need to do everything by himself, which usually leads to him turning the ball over.

The Panthers are coming off a bye week and are playing against a West coast team in the early game, which means the Panthers have the advantage and will win this game. Smart money is on Carolina to cover.