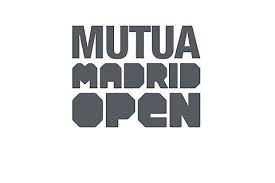 The Madrid Open kicks off a couple week long clay court master tournaments on the ATP tour to start off an exciting month of May in Men’s tennis.  The tournament is already underway with about half of the first round match’s having been played.  A big story is that Novak Djokovic withdrew from the tournament with an arm injury, which really opened up the bottom half of the draw.  It also has made Rafa an overwhelming favourite to win this tournament, as it has been Rafa and Djokovic battling in clay court Masters finals for the past few seasons.

The bottom half of the draw is wide open now and the favourites have become Wawrinka, Ferrer, Nishikori and maybe Raonic.  With Djokovic out, it will likely be one of these players in the finals of this Masters event.  The top half of the draw includes Nadal, Federer and Andy Murray.  This is an interesting dynamic because it guarantees that a player outside of the “big four” from past seasons will not be in the finals before the tournament even begins.

Here are the odds from BetOnline.ag to win the Madrid Open outright:

As you can see Nadal is being given around a 60% chance of winning this tournament.  I personally can’t see anyone who can beat him when he’s at his best, but that may not be the case right now.  Nadal has Federer’s number and his hardest competition in the quarters will be either Berdych or Dimitrov.  The worry about Nadal is that he has lost in the two clay court tournaments he has played so far.  Once to Almagro and once to Ferrer.  This is very rare for him and shows that he may not be in form at the moment.  I would stay away from Nadal at those odds because one bad performance could cause the end of his tournament.

Wawrinka won the Monte Carlo Masters on clay a couple weeks ago and I don’t see any reason why he can’t do the same in Madrid.  His side of the draw is wide open so he has a very good chance of advancing to the finals.  If he does do this he will be the favourite against anyone other than Nadal and with his form this season I think he could pull off another upset of Nadal if Rafa is able to get that far as well.

Federer worries me because I don’t think he can beat Nadal if they meet head to head.  If Nadal goes down early then Federer has the best shot of reaching the finals, but it is a risky proposition to expect Nadal to fall before the semi’s and Federer could just as easily lose to one of the up and comers.

Nishikori has the ability, but he doesn’t have an easy road which is why I would stay away from him at +1800.  I think he is the second best on this surface considering current form to Wawrinka in the bottom half, but he would have to get past Raonic and Wawrinka before even the semi-finals.

Overall, I think Wawrinka is the best bet for this tournament with odds of +300 at BetOnline.  You can find this bet by visiting BetOnline.ag and then clicking on ‘Futures & Props’ followed by ‘Tennis Futures’ at the BetOnline sportsbook.  You will also be able to place bets on every match throughout the tournament.