Bet On Croatia vs Cameroon – Odds and Pick 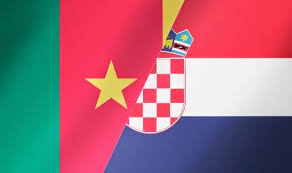 This is a must win game for both of these teams.  The Croatians lost a tough game against Brazil 3-1 in their opener, while Cameroon lost 1-0 to Mexico.  A second loss would spell almost certain elimination from the tournament for both of these teams, while a draw would also not put them in a good position.  Cameroon especially needs a win in this one because they face the highly favoured Brazil squad in the final game of the group stage.

Here are the 3-way odds for the Croatia vs Cameroon match from the best sportsbooks online.

Croatia are the big favourites in this game and they did perform well against the Brazilians and were somewhat robbed by the referees.  That said I’m not sold on Brazil yet this tournament, which means I’m not sold on Croatia either.

As much as I’m not sold on Croatia yet I still like them to beat Cameroon.  This is a crucial game for Croatia because they need to come out of this game with 3 points.  A draw would put them in a very difficult position heading into their final match with Mexico, who proved they are a stronger team than Cameroon.

Cameroon seems to be somewhat of a hit and miss team with potential, but I think the organization of Croatia and their consistency will cause problems for Cameroon.  Croatia was consistently getting the job done in their tune up matches for the World Cup and this was against stronger teams than Cameroon.

I expect Croatia to find a way to win this game and set up a huge final match with Mexico to see which team advances from group A alongside Brazil.