Bet On France vs Ecuador – Odds and Pick 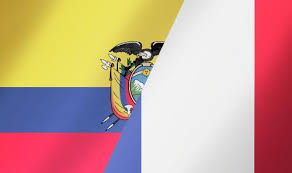 France and Ecuador meet on Wednesday and for me this is a very interesting game in this group.  France currently sits atop Group E with 6 points, while Ecuador and Switzerland both have 3 points, while Honduras has 0.  Ecuador lost their game to Switzerland 2-1 and you have to think that the Swiss will be able to win their game against Honduras.  This means Ecuador will likely need a win over France to advance, but because of Switzerland’s unfortunate 5-2 loss to France in their second game of the tournament Ecuador is currently 2 goals better on goal differential.  So a win by Ecuador would force Switzerland to defeat Honduras by at least 3 goals in order to advance.  Needless to say it’s going to be an interesting day.

Here are the 3-way odds for the France vs Ecuador game from the best sportsbooks online:

France is a big favourite to win this game considering their form so far in this tournament, but Ecuador has everything to play for.

It’s true that France has played well in this tournament, but it’s not like they controlled the game against the Swiss.  Their attack was much better and yielded positive results, but scoring two goals early definitely put the Swiss in a tough position, where they were forced to attempt more attacks that left them open to the counter.

In my opinion Ecuador is almost as strong of a team as Switzerland and they will know what is on the line heading into this game.  Ecuador will have to play to win the game because they will have to assume that Honduras will not be able to hold off the Swiss.

Ecuador has shown the ability to score in the past and although France definitely is the stronger team, they don’t have as much to play for in this match as Ecuador.  France has all but secured the top spot in Group E having a +6 goal differential and two wins after their first game.  They would need to have a horrific outing to lose top spot.

For these reasons I think Ecuador is a coming in at a good price to bet on them for the upset.  They have to win to qualify, while France is already almost guaranteed first spot in the group.  Combine that Ecuador having a decently strong team that can score and I think there is a case to be made for Ecuador winning this game.