Aaron Rodgers and the Green Bay Packers will be going for their ninth consecutive victory when they face off against the Atlanta Falcons in the NFC Championship Game on Sunday. The game will be played at the Georgia Dome and is scheduled to start at 3:05 PM. ET.

The Packers and Falcons met during the regular season in what was one of the best games of the year. The Falcons escaped with a 33-32 victory, and the Packers went on to lose their next three games. Since then, Green Bay has been on a tear and would love to avenge the loss like they did last week against the Dallas Cowboys in the divisional round of the playoffs. 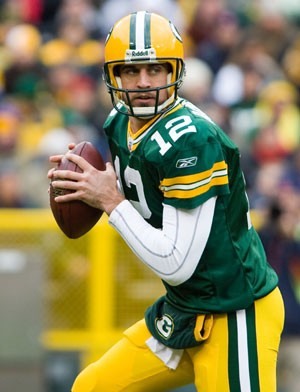 The Falcons have also been on a streak of their own, winning their past five games. Their offense has been the best in the NFL this season, led by MVP candidate Matt Ryan, who had the best statistical season of his career.

Atlanta defeated the Seattle Seahawks quite easily without the services of Julio Jones, who left the game early with a toe injury. Fortunately for the Falcons, Jones’ injury won’t prevent him from playing this weekend.

The Packers are also dealing with injuries to key players like Jordy Nelson, who suffered a rib injury against the New York Giants in the Wildcard game, and was forced to miss the game against the Cowboys.

Devanta Adams, who had a big game against the Cowboys is also dealing with an injury that could force him to miss the game. If Adams and Nelson are unable to play, the Packers will have a tough time passing the ball, which could be a difference maker in a game against a high scoring offense like the Falcons.

Last week, the Packers were able to contain Ezekiel Elliot, but their secondary gave up a lot of big plays to Dak Prescott and the Cowboys passing attack. With injuries to their secondary, they will have to figure out how to slow down Ryan because they won’t have the firepower to trade scores with Atlanta’s offense.

The Falcons will try to establish the run early so the Packers defense will be off balance. However, Ryan, who has been great in the postseason, cannot afford to make any big mistakes if he wants to lead his team to its second Super Bowl appearance.

The Falcons also have to find a way to get a consistent pass rush against Rodgers and try to force him to make mistakes. With the Packers’ running game’s inconsistency, this is something they should be able to do.

The Falcons have been impressive so far and will be a tough team to defeat at home, but I think the Packers are playing better so I’m picking Green Bay to cover the spread.