Bet On Juventus vs Milan 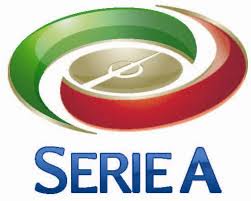 When Italy’s two most decorated clubs collide there is always going to be something up for grabs. It will be no different on Sunday night, as apart from the long and rich rivalry that exists between Juventus and Milan, this game will go a long way in settling the season ambitions of both these two sides.

The best place to have a bet on Juventus vs Milan is at Bet365.com, where you will find the best odds on the game as well as many other soccer betting opportunities. The odds referenced below are taken from Bet365.com.

After losing several stalwarts at the end of last season, prompting a major reshuffle in their ranks, it was to be expected that Milan (15/4) would have a difficult campaign. Indeed their season kicked off on a somber mood, but coach Massimiliano Allegri has managed to create a second half revival which now sees his side in the top three and fighting for an automatic Champions League position with second placed Napoli.

Much of the emphasis for this turnaround can be placed on the arrival of Mario Balotelli from Manchester City, whose goals have put Milan back on track since the turn of the year. However, as smooth as things run when Balotelli does what he does best, so things turn sour when the opposite occurs. Balotelli misses the game through suspension, despite having seen his three game suspension reduced to two games. Milan will therefore have to look elsewhere for goals, with Stephan El Shaarawy being the best priced of the Milan forwards at 7/1, with Robinho at 15/2 and Giampaolo Pazzini at 17/2.

Juventus (8/11) were easily brushed aside in the Champions League by a strong Bayern Munich side, but they remain comfortably the best side in the Serie A, at least at the moment. Six victories in the last six games have made Juventus’ ride until the end of the season a lot more comfortable, but Conte will know that defeat to Milan on Sunday will mean that Napoli, who play at home to Cagliari, could possibly close the gap to the leaders to just six point with five games to play. Conversely, a victory against their historic rivals will all but seal the Serie A title, and could put the cherry on the top of what must nonetheless be considered a positive campaign for them.

A quartet of forwards is being given equal pricing (11/2) to come up with the goods for Juventus. Alessandro Matri, Fabio Quagliarella, Mirko Vucinic and Nicolas Anelka are all bidding for a starting spot on Sunday night, and the unpredictability of Juve’s starting forwards this season is reflected in these odds.

There haven’t been too many goals in the offing in the last few games between these two sides, but with something to play for, an open game can be expected. More than two goals in the game pays out at 17/20, whereas the Under is at 19/20 at this stage. The draw is currently being given at 13/5.

Bet365.com is the best place to have a bet on Juventus vs Milan and for any future soccer betting events. With Bet365.com you will also find the best in play markets, as well as many more exciting betting options.