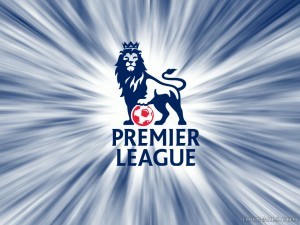 Liverpool could go a long way to securing their first English championship title since 1990 this weekend as Rogers’ men take on a Chelsea side who will have half an eye on their second leg tie against Atletico Madrid in the Champions League semifinals midweek. Liverpool currently sit five points clear of the Londoners and a further point ahead of Manchester City, who have a game in hand. A win on Sunday would effectively knock Chelsea out of contention in the title race, and leave the Reds within touching distance of their first title this century.

Bet365.com is the best place to bet on Liverpool vs Chelsea, offering you a wide array of match selections and markets, including exciting in play options that you can have a punt on as the games progress. Below we look at some of the most popular bets that Bet365.com has to offer.

The last time these two sides met in the league it was Chelsea (4/1) who prevailed, but Liverpool (8/11) have been near perfect in recent times, and will be chasing a twelfth consecutive Premier League victory on Sunday afternoon, and are justifiable the favourites for the clash. Jose Mourinho will have to do without a host of first team regulars, including Ramires through suspension, as well as John Terry, Petr Cech, Samuel Eto’o and Eden Hazard

On the other hand, Rogers’ main worry for the game is the condition of striker Daniel Sturridge, who is facing a battle against time in order to make it for the game after coming back from a hamstring injury. Rogers, however, will not play the England international unless he is 100% fit, saying he would wait until the last possible minute before making a decision, but would not risk him needlessly.

Another aspect to consider for Sunday’s game, from Chelsea’s point of view, apart from the many injury concerns, is the fact that Wednesday night sees their return leg in the semifinals of the Champions League take place, when they will host Atletico Madrid.

Taking all of this into consideration, including Liverpool’s current form and the belief that they have carried through in this last stage of the campaign, it is easy to see why they will start as favourites, and would be the punter’s choice for the game. However, Jose Mourinho isn’t one of the best coaches in the world for nothing, and knows perfectly well how to prepare the important games, and will be counting on the fact that his side can take advantage of the fact that Liverpool might be nervous going into this crucial game. The facts, though, point to the Reds. The draw is at 3/1 at the moment, and offers pretty decent value.

Bet365.com is the place to go for all soccer betting for all the leagues in Europe. There you will find the best odds when it comes to Liverpool vs Chelsea markets as well as in-play options to play as the action unfolds.

Check out the official Premier League website to keep up with the latest in the build up to the game and results.