The first snowboard competition of the 2014 Winter Olympics in Sochi is the Men’s Slopestyle.  This is a new event that has been introduced in the 2014 Olympic games.  In fact there are now 10 snowboarding events in the Olympics, while there were only 6 at the 2010 Olympics in Vancouver.  Because this event is new to the Olympics this will be the first time many people from around the world will see the sport.  Slopestyle snowboarding is sure to be a crowd pleaser because it involves doing difficult tricks while getting big air off jumps.  You have to perform different tricks on your way down the mountain in order to score better points.

As this is a new event for the Olympics being the first person to win a gold medal in the event would be a huge deal and the eyes of the world will be on this sport on February 8th.

Here are the odds for the event from Bet365.  I’ve listed all of the athletes with odds of 16/1 or shorter.  To see the entire list of competitors click here to visit Bet365.com.

As you can see the oddsmakers think that Maxence Parrot and Mark McMorris should battle it out for the gold, but there are quite a few athletes who are being given some kind of chance to stand atop the podium for Snowboard Slopestyle for the first time. 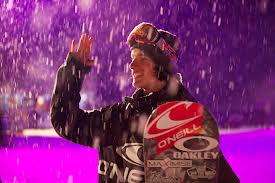 Parrot is a 19 year old Canadian snowboarder who is currently ranked #2 on the Men’s Slopestyle Snowboard Tour.  That said he is currently on his game, as he won the slopestyle event at the Aspen X-Games just two weeks ago.   He also finished atop the podium in the competition before that, which was the Snowboard Jamboree in Canada on from January 16th to 19th.  That said, although he won these past two events he does sometimes faulter, as is seen with his 19th place finish at the US Snowboarding Grand Prix in mid December.

Mark McMorris is another Canadian who is only 20 years old.  McMorris finished second behind Parrot at the 2014 Winter X Games in Aspen, but he did win the event the previous 2 years.  He won his previous competition in Breckenridge, Colorado in mid December so he is also on top of his game at the moment.

Staale Sandbech is the other top competitor and he is out of Norway.  He actually currently leads the rankings for Men’s Slopestyle on the World Snowboard Tour.  Sandbech came 3rd at the Winter X Games this year, so it’s no wonder why he is third in the oddsmakers opinions behind the two Canadians.  He did win the US Grand Prix in mid December though, where Parrot finished 19th, which shows that it’s really anyone’s game in this event.

I for one am excited to see this event go down in history this coming Saturday.  As mentioned before you can visit Bet365.com to bet on the winner of this event and to see the up to date odds.

**If you are an American resident, then you will have to do your Winter Olympics betting at Bovada.lv!