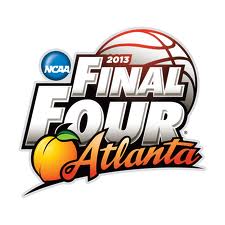 The real action gets started tomorrow.  I know, the first round games began last night and there are some more taking place right now, but for me the real action in March Madness gets started tomorrow with 16 “second round” games.  I personally love the first weekend of March Madness the best because there are the most games to flip between and the most differences in skill level which give a variety of betting options.  A lot of games have spreads of 3 or less, but then there are also the few games (most involving the 1 seeds) that have spreads as high as 20 points.  It makes for an interesting dynamic for a bettor.

How To Pick Winners in March Madness

I personally like to look at a teams recent success to create my thoughts on how a team will play in their first couple NCAA tournament games.  It’s not a perfect strategy because some teams don’t give their all in their Conference tournaments while they look ahead to the real one, but it is a decent enough indicator of whether a team is clicking at the right moment.  Basketball success has a lot to do with team confidence and if you don’t have your best games going into the tournament you could always start doubting yourself and possibly lose to a weaker team.

Another thing that you should look at is the strength of the Conference.  Teams play the majority of their out of conference games in the first part of the season, so you generally only have their conference schedule to determine how they’ve played of late.  This can be deceiving if the conference is weaker or stronger than in past years.  For example, this year teams from the Big 12 (Kansas, Kansas State, Oklahoma State, and Oklahoma) were given good seeds my the committee, but they aren’t being looked upon as kindly by oddsmakers in terms of their chances of winning their Regions.  For example, Kansas, a #1 seed, isn’t being given as good a chance to win South Region as #3 Florida.  I suggest trying to figure out the strength of each conference before placing your bets.

If you are from the United States I suggest placing your bets at Bovada.lv.  They are one of the best sportsbooks online that accept American residents and they are offering an awesome $25,000 guaranteed March Madness bracket pool for anyone who has a Bovada account.

If you are from Canada I suggest Bodog.ca, which only accepts Canadians and also has a great March Madness bracket with $10,000 up for grabs.

For Europeans you should place your bets at Sky Bet.  You can get more Sky details at BonusCodePoker.com.

Just a quick prediction to finish off this post.  Bovada has Indiana and Louisville as co-favorites at 5/1 each, with Florida the #3 seed at 15/2.  Gonzaga and Miami round out the top 5 at 10/1 each.

I like Ohio State at 14/1.  They received a favorable draw being in Gonzaga’s region and that should get them to the Final Four.  Once there you can either hedge your bet or continue rolling with Craft and company as they will be on a 12 game winning streak at that point.