The New England Patriots and Buffalo Bills renew their rivalry this week when the Rex Ryan led Bills travel to Gillette Stadium to take on Bill Belichick’s Patriots. The game is scheduled to begin at 1 PM. ET.

Here are the betting lines for this game from Bovada.lv:

Going into the season, the Patriots were expected to have at least one loss by the time they played the Bills because Tom Brady was suspended for the first four games of the season. Despite the absence of their leader, the Patriots are 3-0, and will be trying to stay perfect against Buffalo. 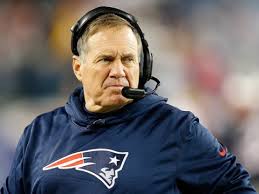 Belichik has taken the Pats to 3-0 without Tom Brady and I expect him to make it a perfect 4-0 after this game against the Bills.

The Bills were expected to be a fringe playoff team this season, but a 0-2 start led to some fans calling for Rex Ryan’s head. The embattled coach reduced some of the heat on his seat last week when his team defeated the Arizona Cardinals, a team that is expected to contend for the Super Bowl this year.

The win over the Cardinals should give the Bills some confidence heading into this game, but Bill Belichick keeps proving he is arguably the best coach in NFL history, and will have his team ready for the upset minded Bills.

In their first two games, the Patriots started second year player Jimmy Garropolo as their quarterback, and he played very well, leading the team to a surprising win over the Cardinals in their season opener, and helped the team jump out to a big lead against the Miami Dolphins a week later, before leaving the game with a shoulder injury.

Last week, with Garropolo out with an injury, the Patriots started Rookie Jacoby Brissett, who led the team to a 27-0 victory over the Houston Texans. After the game, the Patriots revealed that Brissett suffered a thumb injury, making it unclear who the Patriots will start this week.

Tyrod Taylor has led the way for the Bills, throwing for 527 yards, three touchdowns and two interceptions in the first three games. Running back LeSean McCoy, who struggled through the first two games of the season, finally broke the 100 yard mark last week, contributing significantly to the team’s win on Sunday.

The Bills will be hoping for another big game by McCoy, which should help the team control the time of possession and keep the Patriots defense on the field longer.

For the Patriots, the uncertainty at the quarterback has to be a concern, but with both quarterbacks practicing this week, there is a good chance Garropolo starts this week, which is good news for Patriots fans, who might have heard the speculation that the team might start Julian Edelman at quarterback if Garropolo and Brissett were unable to play.

Anytime Rex Ryan and Bill Belichick teams play, you can expect to see a very exciting game. This one should be no different, however, after three impressive wins without Brady, it is hard to doubt the Patriots, which is why I’m picking them to win the game and cover the spread.