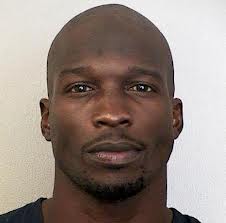 The NFL preseason is under way with week 1 of the preseason having taken place this past weekend.  This means that the NFL regular season is only a few short weeks away and online sportsbooks are starting to offer some interesting prop bets for the upcoming season.  This post will look at some individual player prop bets offered at various online bookies.

Bovada.lv just came out with an interesting new prop after the release of Chad Johnson by the Miami Dolphins.  You can bet on if Chad Johnson will sign with a new NFL team prior to week 1 of the season.  They don’t think it is overly likely with a Yes paying out at +200, while a No pays out at -300.

Bovada is also offering prop bets on which player will lead various NFL categories.  These include the league leader in passing yards, rushing yards and receiving yards.

For passing yards Drew Brees, Tom Brady, Aaron Rodgers and Matthew Stafford are the favorites according to Bovada.  Here are the odds for these 4 front runners:

After that there is a drop off to +1000 for both Peyton Manning and Philip Rivers.

In rushing yards there are also four front runners:

After these four the odds drop off to +1200 for both Jamaal Charles and LeSean McCoy.

The receiving yards odds look a little different with Calvin Johnson being a fairly large favorite, while Andre Johnson and Larry Fitzgerald are the two being given the best chance at overthrowing Calvin:

To see all of the player prop bet odds at Bovada.lv click here.

Bookmaker.eu online sportsbook has taken a different approach to their player prop bets for the 2012 season.  They are also offering 3 different player prop bets for the 2012 NFL season, but their props involve the winners of the various NFL trophies.  You can wager on which player will win the NFL regular season MVP, Offensive Rookie of the Year or Defensive Rookie of the Year.

Luke Kuechly is the front runner for the defensive rookie of the year at +300, but there are also several other players between +500 and +800.

Visit Bookmaker.eu to see all of the odds for these NFL player props.

This is sure to be an exciting NFL season and you will see many more player prop bets available for betting as the NFL season draws closer.  Keep up to date and do research at NFL.com to get an edge on the bookies and bet on the right players.