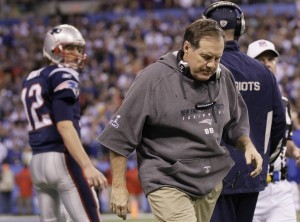 The Super Bowl is right around the corner and the only thing more fun than betting on the outcome of the game is prop betting! In our first installment of prop bets, the focus was more traditional, MVP, penalties, first downs, ect. In this second installment on Prop Bets the focus will shift to more novelty and defensive bets.

There are some seriously great Prop Bets that have a chance to payoff. All these odds come from Betonline.ag. Here are more Prop Bets to consider:

The coin toss is arguably the most important moment of the game. Alright, that is a little bit of a stretch but the advantage to winning the coin toss has some significance. The Patriots as the away team will get the chance to call it. New England has won an astonishing 14/18 coin tosses this season. If the Patriots win the toss, Belichick always defers possession and kicks. This enables the Patriots to receive the ball to start the second half. Historically speaking the winner of the coin toss is just as likely to lose the game. The winner of the toss has an advantage in the early stages of the game deciding who receives the ball at the beginning of the second half and the beginning of the game. Coincidentally, in all three of New England’s victories in the Super Bowl have come after losing the toss.

Green is a long shot, but the odds are sweet. Just hope that it is not purple.

While Red has the best line at -700, Belichick has not worn a lot of red this year. While he was wearing a blue hoodie in the AFC Championship game, he has historically preferred the grey hoodie.

While all these songs have the better lines, the popular bet is Dark Horse at +250.

While this game is a matchup of a great Patriots offense against a historically great Seattle defense, the Patriots defense is no slouch. It makes sense then to focus on the defense Prop Bets surrounding this game.

Player to Record the first Interception of the Game: Richard Sherman +450

Player to Record 1st Sack of the Game: Jamie Collins +1000

The Patriots linebacker, Jamie Collins, is a tenacious pass-rusher. He is primarily the linebacker assigned to contain mobile quarterbacks, such as Wilson. His constant awareness of the quarterback makes him a solid bet.

McCourty had three interceptions on the year. One came in the playoffs against Baltimore and the other two happened against the Colts and Vikings in the regular season. He is a former corner and ball hawk. But like Chancellor, the low interception totals this season makes McCourty a solid play.

Again, all these odds come courtesy of Betonline.ag.