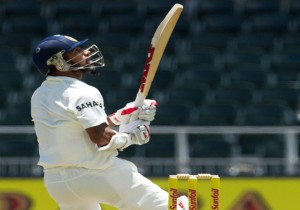 With little to choose between the two sides in the opening two days in the first Test between South Africa and India at the Wanderers in Johannesburg, India, with a dominant partnership between Che Pujara and Virat Kohli, have firmly taken the upper hand on the third day. They will go into the fourth and possibly decisive day of this Test already 320 runs ahead of Graeme Smith’s men with eight wickets still in hand, and with a great chance of grabbing the lead in this two-Test series.

Bet365.com is the best place to bet on India’s tour to South Africa, offering you a wide array of match selections and markets, including exciting in play options that you can have a punt on as the games progress. Below we look at some of the most popular bets that Bet365.com has to offer.

The Pujara-Kohli partnership, currently unbeaten on 189, has made the Indians the front-runners in the game at a perhaps generous 5/6 at the close of play on day 3. With such a considerable lead, and the South Africans having to bat last, odds close to even seem like great value. The draw is now at 11/10, with a win for the host’s, the chances of which seemed to fade with every passing over in the final session of the third day, out at 18/1, and with a real mountain to climb.

Adding salt to the wounds of being so far behind the Indians came the news that Morne Morkel will be out of for up to ten days after falling awkwardly whilst fielding on the boundary early in the day. The paceman’s injury will be a major setback for the hosts, as Morkel, who was the best South African bowler in India’s first innings, plays an important role in the pace line up that has taken South Africa to number one in the world. Clearer evidence of this won’t be seen than today, when Morkel was only able to bowl two overs before having to come off, and the rest of the lineup faltered, with Jacques Kallis having to fill the void left by the big man. With Imran Tahir once again proving costly and generally ineffective, the task was made even more difficult for the hosts. Smith resorting to asking de Villiers to take off his keepers’ pads to bowl the last over of the second session shows the way the South African’s toiled today.

This takes nothing away from the Indians’ performance today, though, and MS Dhoni can be proud of the way his team has fared following the ODI team’s debacle just over a week ago. Pujara and Kohli looked near faultless, with the only real chance of the partnership being the chance offered back to Tahir by the number three after having reached his fifty. Tahir dropped the relatively easy chance, and Pujara cashed in, adding 96 runs in the final session alone, closing the day on 135 and looking to go on tomorrow. Kohli needs 23 more runs to get to his century and is 4/9 to do so.

Both men will be looking to carry on their dominance in the first session tomorrow, setting up a possible declaration before having a go at the South African batsmen later in the day. The pitch played very well on the third day, keeping a touch low at times, but generally coming onto the bat well. One of the worries for the South African batsmen will be the widening cracks appearing on the Wanderers pitch, which will bring R Ashwin into game in the final two days.

Bet365.com is the place to go for all cricket betting for games taking place around the world. There you will find the best odds when it comes to markets for India’s tour to South Africa as well as in-play options to play as the action unfolds.

Keep up with the game and the rest of the series here.