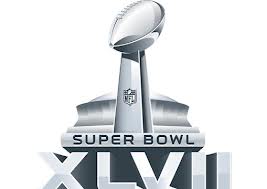 You can always find a ton of Super Bowl props every year many of which are a little strange, but this year Bovada.lv has outdone themselves with their Super Bowl prop betting options.  They have all of the normal props such as team props and player performances that you would find on a regular NFL game (actually more than you would find for a regular NFL game) and then they have added some very strange props that you can wager on.

These weird props can be found in the NFL player props section of the Bovada.lv website.

I will give some examples and break them down into categories:

Bovada is giving you the opportunity to put current players against historical performances of players from the same team in the Super Bowl.  Some example:

As you can see these simply translate into over/unders for the present day players, but they are still interesting to compare them to past legends. There are many more of these at Bovada.lv.

If you plan on having a sports day and watching some basketball or hockey prior to the Super Bowl then these props could be right up your ally.

These props actually may have some value if you do your research, but they do all have -115 juice so you have to be confident.

These are the prop bets that can get really weird because they don’t really have anything to do with the game.  They include the classic coin flip, national anthem, half time show, number of times shown on television, number of times peoples names are said, etc, etc, etc.  I’m only going to list a few of the weirder ones below so visit Bovada.lv to check them all out.  There are a lot!

That is just to name a few.  Remember to check out all the props at Bovada.lv and keep up with all of the news for this big Super Bowl game at NFL.com.