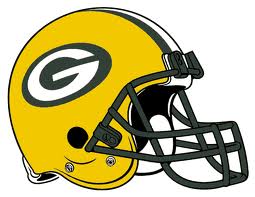 With it being Thanksgiving there are 3 games slated for Thursday, which means a couple less games to watch on Sunday.  Luckily the Sunday night match up between the Green Bay Packers and New York Giants will more than make up for the fewer games during the day.

The Packers have won 5 in a row and are considered the hottest team in football along with the Denver Broncos.  They are ranked 4th in the ESPN power rankings this week.  The Giants coming off a bye week are ranked 9th in the same rankings, but with an extra week to prepare for the Packers high powered offense the Giants should be able to shake off their November rust and play some good football.

Here are the odds for the game according to Bovada.lv.

Visit Bovada.lv to see up to date odds if you reside in the United States, and check out Bet365.com if you are from elsewhere.

Take a look at our football betting page to learn more about the NFL betting options.

Thoughts On The Odds

I was surprised to see the Packers as 3 point underdogs in this game.  I mean they have won 5 in a row including big wins on the road against the Texans (Houston’s only loss) and a come from behind road win over a decent Detroit team last week.

The Packers and Giants records are the same for where the game will be held (Packers are 3-2 on road, Giants are 3-2 at home) so really the only reason for the Giants as favorites has to be the bye, along with of course home field.

I still really like the Packers in this one.  The Giants may have regained some swagger with the rest, but the Packers are just plowing through teams at the moment.  I’d probably take the Packers money line.

How To Place Your Bet

Once you do, find the NFL games, scroll down to the Sunday night Packers vs Giants game and place your bets.  You can take my advice and roll with the Packers or go with the home favorite Giants.  Either way it will be an exiting game.