The Houston Texans will be traveling to Indianapolis this week to take on the Colts in a game that has serious AFC South implications. The game is scheduled to begin at 1 PM. ET.

The Texans won the division last season, and came into the season with high expectations after signing free agent quarterback Brock Osweiler to be their starter. However, things haven’t gone as planned for the Texans who have been without Defensive Player of the Year J.J. Watt, for most of the season. 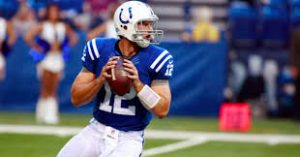 Last season, the Colts had their first losing season with Andrew Luck as their quarterback due to injuries to Luck and other key players. Despite the disappointing season, the team was expected to bounce back this year, but like the Texans, they haven’t looked very impressive for much of the season.

This season, the AFC North is widely regarded as the worst division in the NFL, and at 6-6, the Texans, Colts, and Tennessee Titans all still have a chance to win the division.

In their first meeting of the season, the Texans defeated the Colts 26-23, giving them the head to head tie breaker against the Colts. At the time, the Texans were playing good football, having won four of their first six games.

Since that win, the Texans have won two of their last six games, and are also on a three-game losing streak.

The Colts on the other hand started slowly, winning just two of their first six games. Since their loss to Houston, the Colts have been playing much better, and have won four of their last six games, including two wins against the Titans.

If the Colts win, they will have the inside track to winning the AFC South, which is why the game is so important to both teams.

After 12 games, Osweiler hasn’t looked like the quarterback of the future for the Texans, which is a big reason the team hasn’t been successful lately. Despite having a revolving door of quarterbacks last season, the team still made the playoffs, and receiver DeAndre Hopkins was a Pro Bowl selection.

This year, Hopkins and Osweiler haven’t developed a great rapport on the field, which is why he only has 668 yards and 4 touchdowns.

For the season, the Texans are averaging 194.9 passing yards per game, which is 30th in the league. However, their running game has been quite good, and is ranked 5th in the league. If the Texans can establish the run and control the clock, they will have a great chance to win this game.

The Colts offense on the other hand is the opposite of Houston’s. The team averages 359.1 points through the air, which is 11th in the league. Their running game however is ranked 25th in the league. If the Colts offensive line, which has been questionable all year, can give their quarterback some time to find open receivers, Luck should be able to carve up the Texans defense.

The Colts have been the better team lately and are playing at home, so I’m picking them to cover the spread and win the game.