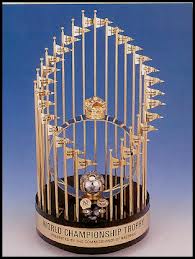 The 2013 Super Bowl is in the books with Joe Flacco and the Baltimore Ravens winning a nail biter in New Orleans last night.  With the NFL season now officially complete many American sports bettors are now looking ahead to the MLB season and which team will be the World Series champion come spring.  There has been quite a bit of movement this off season and the odds reflect this with some teams, such as the Toronto Blue Jays, who aren’t normally even in the discussion being one of the main favorites to win it all.

Here are the World Series winner odds from 5Dimes.eu, the best place to bet on futures, especially on American sports like MLB baseball.

It’s also interesting to note that the Giants, who swept the Tigers in the World Series last year aren’t being given very good odds to repeat at +1700.

The Blue Jays made the most significant changes in the offseason, but will it be enough to turn around their 73-89 record from last season.  The Red Sox also had an uncharacteristically bad year in 2012 with a 69-93 record.  The Orioles were the surprise of the AL East winning 93 games and earning a wildcard berth into the playoffs.  This year the AL East will be stacked once again with the Blue Jays, Yankees, Rays and Red Sox each included in those 14 teams with a good chance at the World Series.  But of course only one team can clinch the division.

It will be an interesting season to see how each of the teams shake out and perform through the spring.

As mentioned above we suggest betting on the World Series winner at 5Dimes.eu.  To do this you will need to open an account and make a deposit.  Then you will find the odds under ‘Baseball’ and ‘Futures’.  Place your MLB bets then sit back for the season and cheer on your team to a playoff position.  After that anything can happen in baseball.