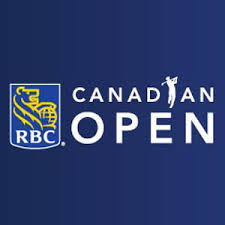 The three biggest favourites for this tournament are Dustin Johnson, Jim Furyk and Matt Kuchar, each of who are committed to playing in the Canadian Open.  A couple big names in Rory McIlroy and Tiger Woods won’t be participating, but there are plenty of big names to get behind at this tournament.

Let’s take a look at some of the favourites to win the RBC Canadian Open this weekend.

These odds were taken from Bet365.com, the best sportsbook for those looking to bet on this tournament.

There are the players who have a 50/1 or better shot at winning the tournament according to Bet365.

Jim Furyk had a good week at the Open Championship last week finishing in 4th with a 275.  That win earned him almost $500,000 and he will be looking to cash in once again in Canada.  Furyk has done everything, but win a tournament over the last few months.  He finished in 2nd at the PLAYERS Championships and at Wells Fargo in the first two tournaments of May.  He is looking to make that jump and win his first tournament of the year and the RBC Canadian Open may be where he makes that move.

Dustin Johnson, another favourite to win the tournament, hasn’t won yet in 2014.  He finished with a 279 at the Open Championship last week and seems to be in good form.  He also finished in 4th at the US Open in early June.  Johnson will be eager to win at tournament this year and looks good heading into the Canadian Open.

Matt Kuchar has won a tournament this year.  He won the RBC Heritage tournament in mid April.  It could be a good sign that the Canadian Open is also sponsored by RBC.  Perhaps RBC is Kuchar’s good luck charm.  Kuchar didn’t play as well at the Open Championship as the other favourites, firing a 290 and he hasn’t finished in the top 10 since mid May.  I would stay away from him at 14/1 because he doesn’t seem to be in great form.

After these 3 there are still several golfers with the ability to win this tournament.  Check out the full odds at Bet365.com and place your bets!