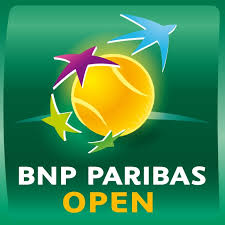 We are now down to 16 players left in the Men’s Singles draw of the last Masters event of the season.  It’s a very interesting tournament because it’s the last tourney before the top 8 ATP players for the season advance to the Tour Finals in London and there are a few players right on the brink this year.  The other big storyline is the battle between Novak Djokovic and Roger Federer for the year end #1 spot on the rankings.  Feds is playing very well of late and has a legitimate shot to pass Djokovic when you take into account this Masters event and the Tour Finals.

Let’s look at each of the round of 16 matches and I’ll give you my picks.  I’m using the odds from PinnacleSports.com for each match because they are by far the best sportsbook for tennis betting online.

Monfils has had a great second half to the season, but Djokovic simply has his number.  Novak owns the head to head record by a 10-0 margin and with the importance of these matches for Novak I don’t see that happening tomorrow.  That said Monfils has taken a set off of Djokovic in each of their most recent 3 matches, including the Canada Masters this season.  For this reason I’m going to choose to not place a bet on this match.

Murray has basically qualified for the Tour Finals after his wins in Vienna and Valencia the past couple weeks.  He hasn’t really beaten any real top players other than Ferrer at both events though and Dimitrov is playing well.  Dimitrov also needs a very deep run to qualify for London so he has more to play for.  Dimitrov won the pairs two meetings this year and I’m looking for him to make it a clean sweep.

I was surprised to see that these two actually have a fairly even head to head career record.  That said when you look closer you see that Ferrer has dominated the battles of late.  Ferrer has won their last 6 matches including an easy win over Verdasco last week in Valencia.  I expect Ferrer to get the win in this one.  He also needs to keep gaining points to cement his spot in the Tour Finals.

Nishikori has had a season to remember.  After the Asian swing Kei has taken time off until this tournament, but he got off to a strong start beating Tommy Robredo in 3 sets.  I think Kei should be able to beat Tsonga, although Jo-Wilfried will have the Paris crowd behind him.  Kei holds a 3-1 head-to-head advantage over Tsonga, but the two haven’t played this season.

I’ve been fading Berdych a lot this year.  He’s had a lot of very favourable draws and I’m not convinced that he really is a top 8 player on the tour anymore.  Lopez has a 6-5 lead in their head-to-heads including winning two of the three matches this season.  I like Lopez as a dog in this one.

It’s hard to bet on Wawrinka this year because he’s ranked so high, but he finds ways to lose to players he shouldn’t on several occasions.  Anderson has won both of the pairs matches this year and I like him to make it three in a row.  Wawrinka has the ability to beat the top players on the tour, but he lacks the consistency to always get deep in tournaments and have those chances.

Raonic hasn’t played his best tennis over the past month, but he managed to squeak by Jack Sock in the first round and I think he will be able to handle Bautista Agut more easily in this match.  That will set up a battle with Federer that the Canadian will have to win if he wants to get the points to advance to the Tour Finals.

A young 20 year old Frenchman who qualified for the event and then beat Ivo Karlovic and Fabio Fognini in straight sets now gets to play the living legend Roger Federer himself.  Unfortunately for the home town kid this is where his journey will end.  Federer wants that year end #1 finish and he is very consistent against players ranked far below him.

Check back after these matches for my quarterfinals picks!