Bet On The 2014 Stanley Cup Champion – Odds and Pick

The trade deadline has passed, the teams are set and there are less than 20 games left in the NHL regular season.  The debate as to which team is going to take home this years Stanley Cup has definitely started to heat up. 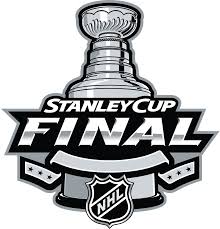 Here are the Stanley Cup odds taken from Bodog on March 6th.  Visit Bodog.eu for the full list of odds right down to the Hurricanes at +100 (Bovada.lv for Americans).

The Blues have shot to the top and become the favourites to win the Stanley Cup after bringing in Ryan Miller and Steve Ott to their already stellar lineup.

First of all I think there are 7 teams with a legitimate shot at the Cup this year and they are the 7 with the shortest odds.  I don’t see the Avalanche, Rangers, Canadiens or Maple Leafs winning four rounds in the playoffs this year.

I like the Blues, but I also don’t think they should be the favourites.  They are going to be a tough out for anyone no matter what round it is, but they haven’t shown the ability to win playoff series just yet.  Sometimes when you lose a few years in a row it can get in your head.  I also don’t think they are the best team in the league right now.

Losing Letang and Dupuis will hurt the Penguins and Fleury is still a wild card in net.  I just think the Bruins have a better shot of getting out of the East than the Penguins.

That brings me to the Bruins at +750.  I think this is a good bet.  This is a solid team from top to bottom that knows what it takes to go deep in the playoffs.  They are my pick to get out of the East and once you’re in the Finals so much will have happened with injuries and fatigue that it’s really anyone’s game.

At +1200 I like the Kings as well.  They picked up Gaborik at the trade deadline and that should help them with their offense.  They are also a very streaky team, but when they are hot they are almost unbeatable.  If this team can get hot at the right time it might be like two years ago when they steam rolled through the playoffs and won the Cup having lost only 5 games.

I do like the Blackhawks as well, but its so hard to win two years in a row and the odds just aren’t good enough to take them from the powerhouse West.  The Sharks have decent odds at +1000, but I still think their defense is a little bit suspect and I’m not sure their high talent guys up front will be able to score enough to put them over the hump against solid defensive teams like the Blues or Kings.