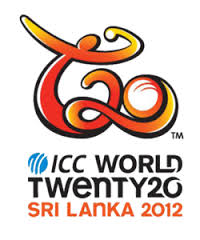 The opening stages of the Twenty20 World Cup hosted by Bangladesh has gotten off to an interesting start, with all of the teams feeling each outher out in their opening games, with only India and Sri Lanka collecting two wins from their first two games. With only a few games left in the group stages, however, no team can afford many more false moves in the next few days, or risk elimination from the next round. And in a format that makes all outcomes possible, and makes predictions of outcomes unpredictable, the team that can handle the pressure situations the best will be the one to proceed.

Bet365.com is the best place to bet on the 2014 Twenty20 World Cup, offering you a wide array of match selections and markets, including exciting in play options that you can have a punt on as the games progress. Below we look at some of the most popular bets that Bet365.com has to offer.

Sri Lanka snuck home against an unprepared South African outfit in their opener before steamrolling the Netherlands into a mere blip on the road, and look a formidable opponent on the day. At the time of writing, they are in good shape in their third game against the English, and are looking to consolidate their position atop Group 1. South Africa were made to sweat in their game against the Dutch, and despite now having two wins from three, look far from the finished product as they seek to seal their first ICC trophy in 15 years. Their last game will be against the English, who will, regardless of the outcome of their clash against Sri Lanka, require a win in that game after falling to New Zealand in a rain-shortened game first up. New Zealand, on the other hand, botched a great chance against the Proteas in the follow-up to that game, and will now require a win against the Lankans and other results going their way to get into the top two and qualify for the semis. With this group so finely balanced, the top two will in all likelihood be determined by Net Run Rates, with Sri Lanka well ahead of the rest and the Black Caps marginally the best of the rest at the moment. There is still all to play for, however.

Group 2 is not as far along as the Group 1, but follows in the same trend as that group. India lead the way with wins against Pakistan and defending champions West Indies, and games against the hosts and Australia remaining. Bangladesh, much to the disappointment of their home fans, were obliterated in their opener against the Windies, who will benefit from their superior Net Run Rate gained in that match later on in the tournament, and will be expected to be a lot sharper in their next games. The way this group is shaping up, Net Run Rate will again be important, and with two wins possibly enough to get out of this group alive, one more solid performance will give Sammy’s side the chance to defend their triumph in Sri Lanka in 2012 in the knockout stages, at which point anything is possible. Pakistan will be another side to look out for, though their notorious inconsistency may downplay any possible advantage they may gain from their superior prowess on sub-continental pitches. You feel Australia are the wild card in this group, as they possess enough star power to topple any side on their day, but question marks remain over their ability to string results together consistently in this format.

Bet365.com is the place to go for all cricket betting. There you will find the best odds when it comes to Twenty20 World Cup markets as well as in-play options to play as the action unfolds.

Check out the Cricinfo website to keep up with the latest from the tournament.