Bet On The 2015 Players Championships – Odds and Picks 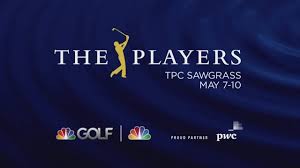 The unofficial fifth major of the PGA season takes place this weekend at TPC Sawgrass in Florida.  The prize fund is $10,000,000 making it the richest tournament in golf so you can be sure the top pros will want to be on their games this weekend at Sawgrass.

To kick things off let’s look at the winner odds for the tournament from Bovada.lv:

There are your favourites for the tourney who are being given a 40/1 or better chance at winning the tourney.  To see the entire list of winner odds visit Bovada.lv and click on ‘PGA Tour’ under ‘Golf’.  The winner odds are not under the ‘Golf Futures’ like you may expect.

I like Rory McIlroy to win this tournament.  Yes, he is the favourite, but he’s found his game this year and I expect him to have a great four days at Sawgrass.  He’s yet to win the Players, but he shot a -7 on the final round last year to finish tied for 6th after only scoring a -2 through the first 3 rounds.  He’s also coming off a win at the WGC Cadillac Match Play Championship last week, so his confidence is sky high.  He won all 7 of his matches last week, so he is playing consistent, solid golf.

Furyk at 20/1 is my other pick.  He finished second last year with a -12 and he played very strong golf last week as well, losing in the semi-finals to Rory McIlroy.  At 20/1 he is also good value in my opinion.

Bovada also has several other bets you can make on the Players Championship.  I’ll break down a few here:

There are several tournament head to head matchups you can wager on this week.  Here’s an example:

Whichever player finishes with the better score after the 4 rounds is the winner.

You choose which player will get the lowest score of their group in a specific round.

In this group I like Fowler to win the round.

There are these types of props for almost every player in the event at Bovada.lv.