Bet On The Australian Open – Women 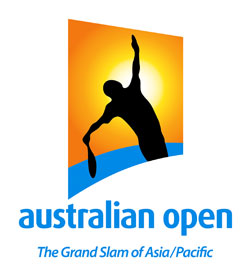 Most of the tournament seeds have survived the opening exchanges in challenging conditions, with the only casualty being pre-tournament fifth-favourite Petra Kvitova, who crashed out in the opening few days. All the focus will be on the top two seeds as the tournament progresses, with Serena Williams, fresh from her near all-conquering 2013, and reigning champion Victoria Azarenka the most obvious challengers in what is often an unpredictable women’s draw.

Bet365.com is the best place to bet on the Australian Open, offering you a wide array of match selections and markets, including exciting in play options that you can have a punt on as the games progress. Below we look at some of the most popular bets that Bet365.com has to offer.

Bet365 is offering each-way betting on the tournament, with which you get 1/2 if your selection makes the final.

While Azarenka will be hoping for a hat trick of Australian Open victories, her path to the final is arguably tougher than that of her nearest rival, Williams, who is seeded No. 1 for the tournament this year. Consequently, the American is blessed with seemingly the best draw, with the nearest seed in her section being No. 7 seed Sara Errani, whom she beat in straight sets in the French Open last year, the Italian’s favoured surface. William’s biggest challenge to reaching the final will be the No. 4 seed, Li Na, in the semifinals.

The other side of the draw looks considerably trickier for Azarenka, as her road to the semifinal stage provides her several tough encounters. In order to get to a possible semifinal tie with third seeded Maria Sharapova, who herself has a tough route to the final stages, the defending champion will have to potentially get past Sloane Stephens in a tough fourth-round tie, before finding fifth seed Agnieszka Radwanska in the quarters.

There are bound to be a few surprises along the way, though, as is usually the case in the women’s side of the major tournaments, especially considering the elevated temperatures likely to test the athletes’ conditions at this early stage of the season. The odds seem to point to Williams claiming her first win in the opening major of the year since 2010, though her 4/7 doesn’t offer much value. Early season defeats in previous seasons places her odds at a little low, though it is difficult to argue against Williams when she is on song.

Bet365.com is the place to go for all tennis betting action from around the world. There you will find the best odds when it comes to Australian Open markets as well as in-play options to play as the action unfolds.

Keep up with the latest from Melbourne at the official tournament website.