Bet On the BNP Paribas Open – Winner Odds and Picks

The second big tournament of 2014 is finally here.  The BNP Paribas Open, also widely known simply as Indian Wells, is set to take place in the upcoming two weeks.  This is an ATP Masters event and the first 1000 point event of the season.  Stanislas Wawrinka won the Aussie Open in January and him and the other top tennis players on the men’s side will be back on the courts in this tourney.

Here are the Indian Wells tournament winner odds from BetOnline:

**I’ve only included players with odds of better than 100/1.

Nadal at +200 is a bit better.  He lost to Wawrinka in the finals of the Australia Open, but he wasn’t at his best due to a slight injury.  He then won a clay court tournament a couple weeks ago in Brazil and should be ready to go at Indian Wells.  +200 is still pretty short odds, but I’d rather take Nadal here than Djokovic. 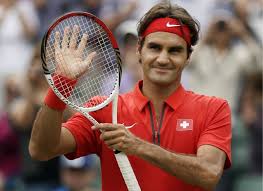 Federer is coming off a big win in Dubai last week where he beat Djokovic in the semi’s and then Berdych in the finals.  I honestly think that Federer can beat anyone in this tournament except for Nadal.  If he is able to not be in the same half of the draw as Nadal he has as good a shot as anyone so at +500 the odds aren’t bad.

I would steer clear of Murray at +650.  He already has 4 losses this year, with Mayer, Federer, Cilic and Dimitrov on that list.  He is not his consistent self and could go out in any round of this tournament.  +650 isn’t good enough odds to risk on him right now.

Wawrinka at +1000 is a bet I like.  He hasn’t played since Australia, but he should be ready to go again in this big tournament.  He has shown the ability to beat the biggest players in the sport and I don’t think it was a fluke.  At 10/1 odds he is a great bet.

Personally I would take Federer at +550 or Wawrinka at +1000 in the Men’s singles tournament.

Here are the odds on the Women’s side.  I have only included the top 10 favourites, but in the women’s game anyone can win.  Visit BetOnline.ag to see the full odds.

I’m not as familiar with the Women’s game, but I know that anything can happen in the Women’s singles tournaments.  She’s not listed here, but I would take a flyer on Eugenie Bouchard at +4000.  She made the semi-finals of the Aussie Open and looks primed to take that next step.  She hasn’t performed quite as well in the past few tournaments, but she has the ability to pull off some big wins and could be a good bet at 40/1.

To see the full odds and place your bets visit BetOnline.ag.  You can find the odds by clicking on the Futures & Props drop-down menu on the left side of the sportsbook.  You should then click on Tennis Futures to see all of the odds.