Bet On The Calgary Stampeders vs BC Lions CFL Western Final 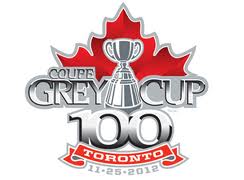 The CFL Playoffs are in full swing with each Conferences Finals set to take place this Sunday.  The BC Lions and Calgary Stampeders were the top two teams from the regular season in the CFL, but being in the same Conference they will have to battle it out for the right to head to the 100th Grey Cup, which is taking place in Toronto.

With the Lions clinching the Conference, the Stampeders had to play in a first round playoff game, which they won over the Saskatchewan Roughriders 36-30 last week in Calgary.  This weekends match-up will be much more difficult with the Lions going in as decent sized favourites.

The following odds were taken from SportsInteraction.com, our top rated sportsbook for Canadian residents.

As you can see the Lions are almost touchdown favourites in this one and about 2.5/1 favourites to win the game.  In playoff games like these I always like to bet the moneyline, but the spread and over/under are also great options.

The Lions lead the season series between the two teams 2-1, but the Stampeders won the last game between the two 41-21.  The only game playing in BC though the Lions won 27-22.

BC is 8-1 at home this season, while the Stampeders are only 5-4 on the road.

These are really the two best teams in the CFL this season, but a big edge has to go to the Lions for home field advantage.  I like the Lions moneyline bet in this one.

How To Bet On CFL West Final

After signing up and making your deposit you will find the CFL betting lines by clicking on ‘Football’ and ‘CFL’.  You will also notice a CFL Futures tab that you can select to bet on the Grey Cup Winner.  The BC Lions currently have +100 odds, while the Stamps are at +400.