Bet On The Champions Trophy 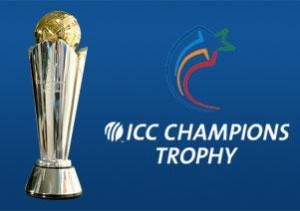 The last ever ICC Champions Trophy will kick off on Thursday, and the tight format of the eight-team tournament allows no slip-ups, with the finalists just having to play four games to have a chance to lift the trophy. Two groups of four teams contest a short round-robin section, with the two top team progressing to the semi-finals and then onto the final. This means that a single lapse in concentration could spell the end for any team. Australia are top seeds in Group A, and are up against Sri Lanka, New Zealand, and tournament hosts and favourites England. Group B sees India, South Africa, Pakistan and the West Indies fighting for the top two semi-final spots.

Bet365.com is the best place to bet on the Champions Trophy, offering you a wide array of match selections and markets, including exciting in play options that you can have a punt on as the games progress. Below we look at the early odds that Bet365.com has to offer for the tournament.

Home ground advantage gives England (group winner 7/4) the edge with the bookies at this pre-tournament stage, but it will be a difficult one to call until we have seen all of the teams in action. England, obviously the most accustomed of all the teams on home conditions, just last week lost an ODI series against unfancied New Zealand (11/2), so it remains to be seen whether they will be able to cope with the added pressure of having to perform at home in a major tournament. They will meet New Zealand again in the group stage, however, and will see that as an ideal opportunity to exact some revenge.

Australia (15/8) are a side in transition, with a whole host of retirements and off-field problems to have to contend with, they probably won’t be seen as leading contenders for the trophy. However, with most of the attention in Australian cricket focused on the upcoming Ashes tour, the Champions Trophy will present an ideal opportunity for certain players to put up their hand for selection in English conditions.

Sri Lanka (7/2) have an excellent record at ICC meetings, albeit with a poor record in finals. They have the pace and swing in the bowling department to cause problems, and a classy, if maybe out of form, batting line-up, they are probably the leading dark horse for the tournament. Don’t be too surprised to see them slide through the group stages unnoticed. From then on, it is anybody’s game.

South Africa (6/4) are always considered to be amongst the favourites for any ICC tournament, but their poor history and temperament in the knock out phases of these competitions is enough to scare off any potential punter. However, they performed well in England last year, and with the English pitches suiting their fast-bowling arsenal, on paper at least, South Africa must be in with a good chance of lifting the trophy. It will be just a matter of matching their talent with the requisite mental toughness required to win a major tournament, and with Coach Gary Kirsten leaving the side soon after the tournament, his side will want to give him an ideal going away present.

Group B also sees India (5/2) and Pakistan (7/2) squaring off in a game that will attract a lot of support, as it always does. It remains to be seen how far they can go in the tournament, as, especially the case with India, their bowling attacks and batsmen aren’t too well suited to the fast and swinging conditions that they will encounter in England.

West Indies (9/2) are a growing side under the leadership of Darren Sammy, and were the winners the last time the tournament was held in England in 2004. They struggled in the conditions when they visited the country last year, but with a powerful batting line-up, they could upset a few teams along the way.

It will be a balanced tournament, and with no clear favourite, it is sure to provide a few close matches and surprises along the way. An eye will also have to be kept of the weather, which has proven to be a problem in England in the past, but the teams will be concentrating on what they can control.

Bet365.com is the place to go for all the games in the Champions Trophy. There you will find the best odds when it comes to cricket betting markets as well as in-play options to play as the action unfolds.

Visit the official ICC website to keep up with the event.