Bet On The Derby D’Italia 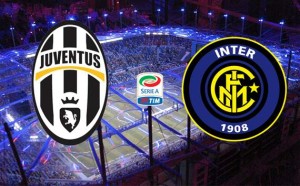 Inter coach Andrea Stramaccioni celebrates his one year in charge of the Milan-based side in what is historically the highest profile game in the Serie A, as Juventus head to the San Siro on Saturday afternoon in a bid to consolidate their place at the top of the table. Around 500,000 viewers from around the world are expected to tune in to watch one of the oldest rivalries in football. It has been an inconsistent season so far for the nerazzuri, who after a steady start to the campaign have lost crucial points at the turn of the year, culminating in their elimination from the Europa League at the hands of Tottenham a few weeks ago. The major European leagues return to action this weekend following the international break, and both Inter and Juve have had to deal with fatigued players in the build-up to the Italian derby.

The best place to have a bet on the Italian derby is at Bet365.com, where you will find the best odds on the game as well as many other soccer betting opportunities. The odds referenced below are taken from Bet365.com.

The dip in form which has marked Inter’s (9/4) campaign in recent months can be primarily pinned down to the loss of their joint top-scorer Diego Milito, who will be out for the remainder of the campaign following a serious knee injury. It was Milito who turned the tide in Turin when these two sides met earlier in the season, as he scored twice to cancel out Arturo Vidal’s early strike before Rodrigo Palacio finished things off with a late goal. The defeat was Juventus’ (6/5) first at their new stadium, and Inter would have hoped to kick on from there, but results haven’t gone as they would have liked from then on. With just nine games remaining in the season, they see themselves hovering in the Europa League zone, seven points behind their city rivals, who currently occupy the crucial third Champions League qualifying position.

Several of their South American players have to return from tiring and complicated trips to South America after having played in their nations’ World Cup qualifiers, and Stramaccioni will not have had much time to prepare this game with his players. Palacio, who effectively replaces Milito in the starting line-up, comes into this fixture after having played at high altitude in Bolivia, and may not start this game as a result. But Stramaccioni will be hoping that his side can show the same tenacity they showed in their return leg against Tottenham, which saw his team overturn a 3-0 first leg defeat, before losing in extra time to an away goal.

With a nine point advantage at the head of the table, and a difficult trip to Munich on Tuesday, it may have understandable if Juventus coach Antonio Conte felt tempted into giving some of his players a rest, especially given the fact that 15 members of his squad were busy with their respective national teams in the last week. However, Conte has played down those suggestions, indicating that the importance of the derby supersedes any other considerations, and that he would be fielding a full strength squad at the San Siro. How this decision will play out remains to be seen, and with six games to play over 21 days, he will have to manage his squad effectively if Juve are to have any breath left in them come the last month of the season. Striker Mirko Vucinic has nonetheless reiterated his manger’s sentiments that they will be facing this game as if it were the “last game of their lives”.

With three wins in their last five games, with only one defeat at the hands of Roma coming in that period, Juve come into the game with decent form. Juve have been a class above the rest of the Serie A this season, having the second most prolific attack behind Roma, and by some distance the best defence. But, as the game earlier in the season showed, form can be made to count very little in games of this magnitude.

With both sides licking their wounds after the international games, it could be tricky to determine before the game starts how they will take the field, but if we get an early goal, we could be looking for a fairly open game. More than two goals in the game pay out at Evens, 4/5 for fewer than three goals. Antonio Conte has turned over his strikers fairly regularly this season, which has seen three players lead their goal scorers charts, with Sebastian Giovinco , Mirko Vucinic and Fabio Quagliarella all on seven, and Alessandro Matri on six (all 6/1 to be first scorer; 15/8 anytime). Giovinco and Quagliarella are at this stage possible starters. Inter’s attack will be led by Antonio Cassano (13/2; 2/1), with Palacio (15/2; 9/4) likely to come into the game at one point or another. An interesting option could be Claudio Marchisio (10/1; 10/3), who has scored a few goals in this fixture in the past and always raises his game when it counts most.

Bet365.com is the best place to have a bet on the Derby D’Italia and for any future soccer betting events. With Bet365.com you will also find the best in play markets, as well as many more exciting betting options.