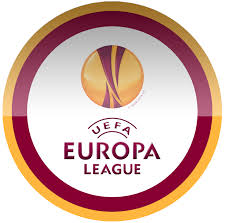 Turin plays host to the UEFA Europe League Final on Wednesday night, as Benfica and Sevilla come head to head in the first European final of the season. Benfica will be looking to go one better than they did last year, when they lost to Chelsea in the final in Amsterdam, but having wrapped up the league title early this year, they have had the ideal preparation for the big day, and will be keen to make up for the heartache of last year. Sevilla have had a roller coaster run in the tournament this year, proving their mettle on several occasions after having had to come from behind on more than one occasion. With both teams hungry to win, it will be all to play for in this winner takes all clash.

Bet365.com is the best place to bet on the Europe League Final, offering you a wide array of match selections and markets, including exciting in play options that you can have a punt on as the games progress. Below we look at some of the most popular bets that Bet365.com has to offer.

Benfica (4/6 to lift the trophy) last won a continental trophy in 1962, and after last season’s disappointment will be especially motivated for Wednesday night’s game. Benfica’s route to the final in Turin involved knocking out would-be home finalists Juventus in the semis, after comfortably seeing off AZ Alkmaar and Tottenham in the preceding rounds. Benfica captain, Luisao, who has been at the Lisbon club for over ten years, and who scored twice in the tie against Tottenham, knows that it will not be an easy game, and is preparing for battle: “It will be very difficult. We are two teams with a shared goal going into this final. It will all come down to one game, and we have great respect for them – we know there are two teams that will be competing in this final.”

Sevilla (6/5 to lift the trophy) have had a bit more success continentally recently, having won the Europe League in both 2006 and 2007, and will be looking for a hat trick of wins in 10 years come Wednesday night. This is a completely new side, however, with a near-complete overhaul having taken place just last summer. But coach Unai Emery has done a great job in bringing his side to the final of the tournament, even when it looked as though his team was dead and buried. Comeback wins against Valencia, Porto and Real Betis in the last three rounds will have instilled the required never say die attitude that is needed to win a tournament like this, and Benfica will go into the game knowing that they will never be sure that the game is won.

On the balance of things, Benfica are probably favourites for the game, having had a steadier approach to the final, and look the more balanced of the two sides. But in a final both sides have an equal chance of victory, and should Sevilla get an early lead, the ghosts of last season’s disappointment may very well come to curse the Portuguese side. My pick still goes with Benfica, though. They’ve looked the most impressive side in the tournament.

Bet365.com is the place to go for all soccer betting for all the leagues and tournament from around Europe. There you will find the best odds when it comes to the Europa League Final markets as well as in-play options to play as the action unfolds.

Check out the official UEFA Europa League website to keep up with the latest news in the days leading up to the final.

May 12, 2014 Daniele Polizzi Soccer No Comments