Bet On The FA Cup 3rd Round 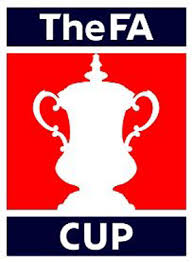 With the annual feast of Premier League football that takes place over the Christmas and New Year period over and done with, the first weekend of 2014 brings to the fore the oldest domestic competition in the world, as the FA Cup rolls into the third round. The draw didn’t throw up too many surprise games, with a few exceptions, but the football – and the betting – are guaranteed to offer plenty of thrills and drama.

Bet365.com is the best place to bet on the FA Cup 3rd Round, offering you a wide array of match selections and markets, including exciting in play options that you can have a punt on as the games progress. Below we look at some of the most popular bets that Bet365.com has to offer.

The standout fixture of the third round is the north London derby, with Premier League leaders Arsenal (21/20) hosting a resurgent Tottenham (14/5) side. The Gunners enjoyed a highly profitable Christmas period, conceding just the one goal in their three wins, maintaining their small lead over Manchester City and Chelsea. Tottenham, who became the latest side to take three points away from Old Trafford this season, have seen a marked improvement since Tim Sherwood took over from Andre Villas-Boas, with Emmanuel Adebayor, marginalised by the Portuguese coach, the man on the front lines of the change: the Togolese striker has scored four times in five appearances since being included in the squad. He is 12/5 to score in the game.

This weekend also serves up a repeat of one of the biggest shocks of last season’s competition, with Liverpool (1/8) hosting Oldham (20/1), with a chance to make up for their 3-2 defeat at Boundary Park last season. Liverpool are a different team this season, occupying the top spots of the log for the majority of the season and pressing for a Champions League spot, and, after last season’s slip up, Brendan Rogers will surely not allow complacency to sneak into his side’s approach to the game and secure a fourth round spot in style. Over 3.5 goals pays out at 1.85. Expect goals in this one.

Steve McLaren will have a chance to take his Derby (15/2) to new heights when they host Chelsea (2/5) on Sunday afternoon. The former England manager has proven a hit at his new club, guiding them from 14th to fourth since he took over in September. His side has lost just two games since he’s in charge and boasts the best attack in the Championship. Chelsea have also been on the upward trend, with three wins in the last ten days, and Jose Mourinho will be adamant to continue his side’s march in the Cup.

Bet365.com is the place to go for all football betting for all the leagues in Europe. There you will find the best odds when it comes to FA Cup markets as well as in-play options to play as the action unfolds.

Keep up to date with all the latest from the FA Cup by logging onto the official website.