Bet On The FA Cup Final 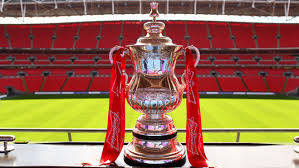 As English football still recovers from the news of Sir Alex Ferguson’s retirement as coach of Manchester United, the show, as they say, must go on, and this weekend sees one of the highlights of the English domestic season, the FA Cup Final. United’s cross-city rivals Manchester City step into the limelight as they seek to salvage something from a rather disappointing season in their last chance to win silverware this term. They will be up against a Wigan side that is fighting to avoid relegation and may well find themselves in the Championship come their next league game.

Bet365.com is the best place to bet on the FA Cup Final, offering you a wide array of match selections and markets, including exciting in play options that you can have a punt on as the games progress. The odds below were taken from Bet365.com, where you will find the best odds on the game.

It has been a disappointing campaign for Roberto Mancini’s men this season, especially since the highs of last season’s league triumph. Their Premier League hopes were let down by indifferent form throughout the season, and this inconsistency proved to be their downfall in the Champions League as well, where they failed to progress from the group stages. The FA Cup remains their only hope of success, therefore, and it will be considered the bare minimum for a club with the ambition and financial backing of Manchester City.

In recent years, Wigan have built a reputation of being able to pull off a relegation fight, but this year seems to have been a bridge too far for them. Sitting in third to last place in the league, three points behind Newcastle with just two games to go, and with a trip to Champions League-chasing Arsenal next up, it looks as though they are destined to go down. And there would be no better way for Roberto Martinez’s men to bow out of the Premier League with a FA Cup triumph.

The odds are firmly stacked against them, however, and City go into the game as clear favourites. The squad depth and talent available to them far exceeds that of Wigan’s, but on Cup Final day anything is possible, and the with little left to lose, Wigan will want to give their fans something to treasure from this difficult season.

Finals of recent seasons haven’t seen too many goals, and you’d expect Wigan to enter the game with a defensive mindset, hoping to catch City on the counter. Should this script play out, Under 2.5 goals in the game, which pays out at 13/10 could come into play nicely. Over 2.5 pays out at 3/5 at this stage. It is not too difficult to see three goals being scored in the game, especially if City get an early lead and settle into their rhythm.

Bet365.com is the best place to have a bet on the FA Cup Final. There you will find the best odds when it comes to soccer betting markets as well as in-play options to play as the action unfolds.

May 9, 2013 Daniele Polizzi Soccer No Comments