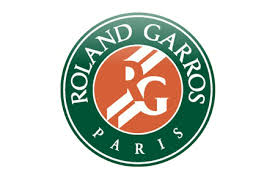 The second tennis major of the season is getting to the business end, with the finals of the men’s and women’s draw scheduled to take place this weekend. The men’s draw has seen most of the major players navigate their way to the final stages, with number two seed Novak Djokovic already through to the semis, and Rafael Nadal expected to follow suit on Wednesday afternoon. The women’s side has seen a few more surprises, with the top seeds being knocked out in the last few rounds, leaving only a couple of serious contenders for the title, though the women’s side of the draw is always more unpredictable.

Bet365.com is the best place to bet on the French Open offering you a wide array of match selections and markets, including exciting in play options that you can have a punt on as the games progress. Below we look at some of the most popular bets that Bet365.com has to offer.

Djokovic overcame Milos Raonic in straight sets in the quarters, and will face Ernests Gulbis in the next round, who also qualified for that round with a straight set victory – against number six seed Tomas Berdych. The Latvian (11/2) will go into the game as the underdog against the Serb (1/9), who, despite being the second seed, is the odds on favourite to take the title.

In order to do so, however, he will have to come up against clay master Rafael Nadal, who is 1/7 to defeat Spanish compatriot David Ferrer (9/2) in the quarters. Should Nadal make it through to the next round, he will come up against one of home crowd favourite Gael Monfils (7/4) and Andy Murray (4/9).

The women’s draw two key members and contenders on its way to the quarter finals, with former winners Ni La and pre-tournament Serena Williams both dropping out enexpectedly. This has left the road wide open for seventh seeded Maria Sharapova to claim another major title, but if she though that she would have it all her way, she will have received a reason to rethink that, after the young Spaniard who defeated Williams, Garbine Muguruza, stormed to a first set 6-1 win in the opening set of their quarter final matchup. Sharapova (2/7) proved that she is up to the challenge this year, however, as she recovered to win the game to set up a semifinal clash against Eugenie Bouchard (11/4).

The other side of the draw is also building to a head, with the quarter finals scheduled for Wednesday afternoon. Sara Errani is the 1/3 favourite for her clash against Andrea Petkovic (12/5), while the highest seeded player left in the draw – at number four – Simona Halep (2/5) comes up against Russian Svetlana Kuznetsova (2/1), whom she is expected to overcome, despite the fact that the Russian always a strong opponent for the Romanian.

Bet365.com is the place to go for all tennis betting throughout the season. There you will find the best odds when it comes to the French Open markets as well as in-play options to play as the action unfolds.

Check out the official French Open website to keep up with the latest news and results from Paris.