Bet On The French Open 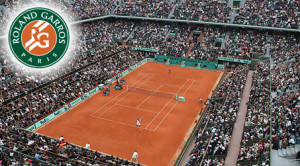 Summer in on its way, and that means that it is time for the European tennis major season. First up, the Roland Garros kicks up some red dust in Paris, a couple of weeks before we head north for the green lawns of Wimbledon. Novak Djokovic won the opening major of the year in Australia, and is first seed in France, followed by Roger Federer and then Rafael Nadal. On the women’s side of the draw, Maria Sharapova will be looking to defend her crown, though she might find things difficult against Serena Williams, who is favourite and first seed for the tournament.

Bet365.com is the best place to bet on the French Open, offering you a wide array of match selections and markets, including exciting in play options that you can have a punt on as the games progress. Below we look at some of the most popular bets that Bet365.com has to offer.

Nadal is favourite to win next Sunday at 4/6. The Spaniard is a master on clay, and has dominated the tournament for the better part of the last decade, but he has been plagued by injuries in the last year, and it remains to be seen whether he will be as strong as was last year, when he won the final in four sets against Djokovic (9/4). The Serb has been in great form in the last 18 months or so, and strong from his early season form, as well as the Spaniard’s injury concerns, he must be in bettor’s minds going into the tournament.

Federer hasn’t really mastered the clay over his career, and in what must surely be the twilight of the maestro’s career, it is difficult to see him going all the way. Though, at 15/2, punters would be wise to keep him in mind as the fortnight progresses.

On the women’s side, Serena Williams is being touted to bulldoze her way to another major win and is at 8/11 to do so. The ladies’ side of the draw has thrown up a few surprises in the last few years. Li Na and Francesca Schiavone won in 2011 and 2010, before Sharapova walked away with it last year, cruising past Sara Errani in the final. This year, however, Williams will be lining up against her, and it is going to be difficult for the Russian to repeat last year’s success this time out.

Williams is almost unbeatable when she’s fit and healthy, and a look at the odds alone suggest that she’s feeling good. Sharapova is at 9/2, but it is going to require a big effort to get past Williams this year. Looking at the rest of the draw, Azarenka (6/1), Na (12/1) and Errani (22/1) present outside chances, but you feel they will have to pull out the final week of their lives in order to life the trophy.

Bet365.com is the place to go for all tennis betting. There you will find the best odds when it comes to theFrench Open’s markets as well as in-play options to have a bet on as the action unfolds.

May 27, 2013 Daniele Polizzi Tennis No Comments