Bet On The Manchester Derby 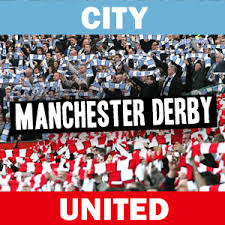 David Moyes earned himself a brief reprieve from the guillotine after qualifying for the quarter finals of the Champions League thanks to a Robin van Persie hat trick, and followed up that victory with another at West Ham over the weekend, but that will bring little consolation to the hungry, and angry, Old Trafford crowd, following a disastrous first season following the retirement of Sir Alex Ferguson. A win in the Manchester Derby against title-chasing City will go some way to mending the wounds inflicted on the staunch pride of the Red Devils’ faithful, however, as Moyes tries to salvage something from his first season in charge and, with Champions League qualification for next season looking improbable, at least push for an Europa League opening.

Bet365.com is the best place to bet on the Manchester Derby, offering you a wide array of match selections and markets, including exciting in play options that you can have a punt on as the game progresses. Below we look at some of the most popular bets that Bet365.com has to offer.

One of the major problems for Moyes this season has been his side’s home form, which has seen United win just six from 14, losing five, the last of which a humiliating 0-3 defeat at the hands of arch-rivals Liverpool. Perhaps more worrying are the meek 18 goals accrued in these games, a disturbing return for a side that boasts the talent that United does. Their record against the top four has been particularly awful as well, which is reflected in the fact that City start the game as favourites.

Manuel Pellegrini’s men have a lot more to play for on the day on than just the pride normally associated with derby games, as his side is in a four-horse race to reclaim the Premier League title. Sitting six points behind leaders Chelsea, but crucially with three games in hand, a derby win, apart from leapfrogging Liverpool into second ahead of the Reds’ game at home to Sunderland on Wednesday night, will go a long way towards that aim. A defeat, while by no means leaving them out of the title race, will probably see them drop to fourth behind Arsenal, who host Swansea on Tuesday.

The flurry of goals on Sunday in the Premier League would make it almost an obligation to play the Over (4/6) in this game, especially considering the free-scoring City are in town, and with United having close to no option but to play for the win, expect opportunities to be create on both sides of the pitch. The Under 2.5 is at 23/20. It is tempting, but it would take a brave call.

Bet365.com is the place to go for all soccer betting for all the leagues in Europe. There you will find the best odds when it comes to Manchester Derby markets as well as in-play options to play as the action unfolds.