This sounds like a broken record but I just can’t seem to hit on the playoff games thus far. You can see my previous picks here. Tonight is game 3 of the American League Championship series between the Baltimore Orioles and the Kansas City Royals. The line has been updated after originally scheduled game 3 was rained out on Monday night. 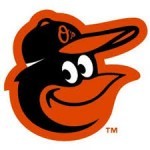 The Royals are 6-0 in the postseason this year and their mojo (or whatever you want to call it) just can’t seem to be stopped. I would expect a raucous home crowd as their team is 2 wins away from a World Series appearance. The Orioles are going to have to get to Guthrie early as the downfall for him might be the long layoff between starts (his last start was on September 26th). Maybe the Orioles will surprise me tonight but right now the Royals seem like a team of destiny.