Sunday night baseball this week features an excellent matchup as 2 of the top teams in the NL, the Dodgers and Cardinals, conclude their 3 game weekend series. 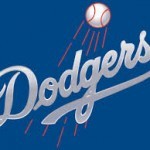 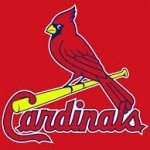 After dropping the first 2 games of this 3 game set the Los Angeles Dodgers now find themselves a game out of first place in the NL West. The team has failed to scored more than 2 runs in 6 of their last 7 games. However, they are a decent 3-3 in those 6 games.Their starting pitcher tonight is the phenomenal Clayton Kershaw. Kershaw comes in to this evening’s contest with an 11-2 record and 1.78 era with 126 strikeouts. He had his scoreless streak ended at 41 and 2/3 innings on July 10th but still pitched a complete game win versus the Padres. He has pitched 7 or more innings in 10 of his 14 starts this season. The St. Louis Cardinals 4-2 win on Saturday was their 5th straight home versus the Dodgers. The Cardinals have won 7 of their last 9 games and now are in a 1st place tie atop the NL Central with the Milwaukee Brewers. The team has scored 4 or more runs in the 5 of their last 8 games. Their starting pitcher tonight is Carlos Martinez. Martinez is making his 7th straight start after 30 bullpen appearances. He sports a 2-4 record with a 4.43 era. In his last outing he only managed to pitch 4 innings while giving up 4 earned runs and 7 hits in a loss to the Brewers on July 13th. He’s allowed 5 or more hits in his last 4 starts.

Tonight is the final meeting of the season between the Dodgers and Cardinals. The season series is tied 3-3.

The Cardinals would love to get the 3 game sweep here but it will be tough sledding against a dominate Kershaw. I expect the Dodgers bats to come alive against Martinez and perhaps Kershaw will have extra motivation after Cardinals manager Mike Matheny selected his own guy, Adam Wainwright, to start the All-Star game over Kershaw. Not that Kershaw needs any extra motivation added on to this tremendous talent.