The New York Yankees and Texas Rangers meet for the 6th time in the past 9 days tonight in Arlington. I’m a successful 5-0 in my picks thus far. To see all of my picks along with the website founder Niko’s picks on other sports check this out. 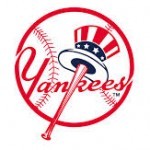 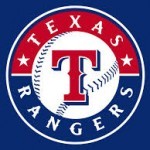 The New York Yankees come in to tonight’s ballgame losers of their last 3 games. The Yankees have allowed 4 or more runs in their last 4 games. The team currently sits in 3rd place in the AL East, 4.5 games behind the leader Baltimore Orioles. They are 2 games behind the 2nd wildcard spot (currently belonging to another AL East member the Toronto Blue Jays). Last night in a 4-2 loss to the Rangers outfielder Brett Gardner hit a pair of home runs. Their starting pitcher tonight is the recently acquired Brandon McCarthy. Since being traded to the Yankees on July 6th McCarthy is 2-0 with a 1.45 era in 3 starts. On the season (Diamondbacks/Yankees combined) he is 5-10 with a 4.49 era. The Texas Rangers are the hosts tonight as they continue their surprisingly putrid season. The Rangers are 5-21 in their last 26 games. the team has failed to score more than 3 runs in 5 of their last 7 games. They currently have the worst record in all of major league baseball. Their starting pitcher tonight is Nick Martinez. Martinez enters the contest with a 1-6 record and a 4.73 era. In his last start on July 22nd he gave up no runs in 5.1 innings of work that resulted in a no-decision versus this same Yankees squad. He’s lasted 5 or more innings in 5 of his last 7 starts but has a 0-5 record. His poor record in those 7 starts are the result of allowing an average of 4 earned runs and 6 hits.

The Yankees may have found a temporary solution (for injured starter Masahiro Tanaka) in McCarthy. If he pitches tonight like has in his first 3 starts with the Yankees the Rangers’ bats will be silent.