Bet On The Pakistan Tour To South Africa 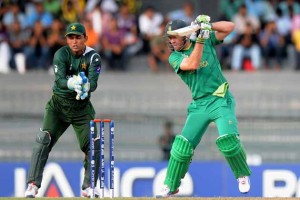 With a predictable Test series and a rain shortened T20 series out of the way, the final act of the tour lies in the form of the One Day Internationals, and it should prove to be the form of the game that provides the most competition between these two sides. The five match series begins on Sunday in Bloemfontein and wraps on the 24th in Benoni, with stops in Centurion, Johannesburg and Durban along the way.

Go to Bet365.com to find the best betting opportunities for the series. The odds below are taken from Bet365.com, which is the most reliable sportsbook for betting on cricket online.

After whitewashing their opponents in the Test series, South Africa (2/5) will want to forget about their disappointing performance in the single T20 International, where they succumbed to the visitors’ bowling a little too meekly for their liking. Though the Protea limited-overs sides do not boast the same level of experience, winning culture, or, in truth, talent, that the Test team does, they will expect to fare a little better in the upcoming ODI series, all too aware of the fact that the spotlight will be firmly on them following their surprise defeat to New Zealand earlier in the year. Pakistan (2/1), on the other hand, will be buoyed by their victory in Centurion and will be confident of their chances of toppling the home side following the heavy defeats they were dealt in the Tests.

Pakistan won their only warm up game in between their T20 victory and the first ODI against an SA Invitation XI, with Imran Farhat and Nasir Jamshed opening the batting in that game, seemingly contesting the remaining opening spot alongside Mahommad Hafeez, who, after a disastrous Test series came back strongly in Centurion and heads the Pakistan batting odds. There isn’t much experience in South African conditions in the Pakistani batting line-up, with perhaps Younis Kahn offering decent odds at 9/2. Shahid Afridi, largely ineffectual as a batsman in recent times, is offered at 20/1. You feel that they have to go strong up front to get somewhere in the series, with the likes of Hafeez and captain Misbah ul-Haq crucial to their chances.

It is a big year in ODI cricket for South Africa, with the Champions Trophy in England in the summer likely to get most of the attention. With no more Tests to be played until the end of the year, the Proteas will be looking to instil some stability and composure in the ODI line-up. Having dominated Test cricket in recent times, Gary Kirsten will feel it is time for South Africa to step up in the second form of the game. Hashim Amla has been almost unstoppable for a few years, and having missed out on a century in the Test series, will want to add to his great ODI record against these opponents. AB de Villiers, who brushed aside any concerns that his taking on the role of wicketkeeper was affecting his batting by claiming the Man of the Series in the Tests, will have to overcome the doubts that remain over his ability to maintain his batting form whilst being captain. This could be the breakout series for de Villiers as a captain, and with the year that they have ahead of them, it could not come at a better time for South Africa.

Bet365.com is the ideal place to have a bet on the ODI Series between South Africa and Pakistan. There you will find the best odds for the series, as well as for any future cricket betting events.

Go here to keep up to date with the series.