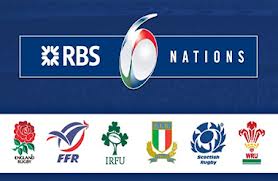 The Six Nations, the annual indicator of the beginning of the international rugby year, kicked off last weekend and if early indications are anything to go by, 2013 promises to hold plenty in store.

The most eye-catching result from the opening round of games was delivered by Italy, who only for the third time in their history defeated a lethargic-looking French side in Rome. France, early tournament co-favourites will look to rebound this weekend at home against a depleted Welsh side that, despite a stirring second half revival, was sacked at home by Ireland. The Irish will be looking to bring their winning form into a difficult clash against England at the Aviva Stadium in Dublin this Sunday. In the remaining fixture of the weekend, Italy, no doubt buoyed by their victory against France last weekend, travel to Edinburgh to face an inexperienced Scottish side that were last week easily brushed aside by England.

We look at this weekend’s fixtures and what opportunities they provide. The odds referenced are from Bet365.com, the most reliable sportsbook for betting on rugby online. All of these betting options, as well as many more markets will be available on the site.

For the last few years this encounter has been thought of as the contest that decides who receives the wooden spoon at the end of the tournament, with the home side claiming that dubious honour last year. With four wins in the last six encounters between the two teams, Italy (+188) will be looking to follow up their win against France last weekend with another victory against the Scots (-188). Murrayfield marks the only stadium away from Italy in which the Azzurri have won a game in the Six Nations. Reeling from four consecutive losses, Scotland’s home ground advantage gives them a perhaps generous and exploitable four point handicap. Don’t expect too many points to separate these two sides.

”You say you don’t change a winning team. Well, we say we don’t change a losing team.” It was with this curious statement that France coach Philippe Saint-Andre announced the two changes to his side to take on Wales this weekend. France (-333, 9 point handicap), who finished last year with convincing home form, will be hurting from their defeat last week and will be expected to repel the Welsh challenge. Wales (+333), already in somewhat of an injury crisis, lost their captain Sam Warburton this week to injury. The man who replaces him, Justin Tipuric, inspired Wales’ second half revival against Ireland last week, but all indications are that Wales, despite being the reigning Six Nations champions, will struggle to bring an end to an eight match losing streak on Saturday in Paris, where they haven’t won since 2005. There aren’t many bankers in this competition, but at -333, and the temperamental nature of this French side notwithstanding, a France win could make an interesting addition to an accumulator bet.

Pre-tournament co-favourites England (-105, 1 point handicap) enter the final game of this round as slight favourites against an Irish side (+105) with an home ground advantage and looking to curtail the Grand Slam hopes of the English, and will look to exploit any hints of complacency that might have arisen in the English side following their recent successes, most notably their famous victory against the previously all-conquering All Blacks last November. The Irish will be looking to inflict revenge for their 30-9 St. Patrick’s Day defeat at the hands of their opponents in the corresponding fixture last year, and following last week’s victory in Cardiff will look to strengthen their title ambitions against favourites England. A strong performance last week by wing Simon Zebo makes him, together with the evergreen Brian O’Driscoll, an interesting proposition in the opening try scorer market.

Bet365.com is the ideal sportsbook to place your bets on the Six Nations. You will find the best odds for the Six Nations there, as well as for any future rugby betting events. Open an account with Bet365.com to start playing and start winning.

Check out the Six Nations Rugby official website to keep up with the event.