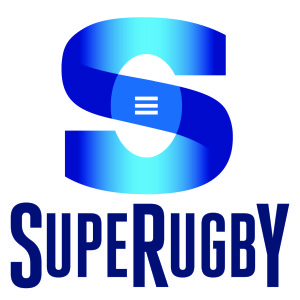 It has been a long and exhausting Super Rugby campaign, and just four teams remain as the tournament enters its closing stages. With the playoffs done and dusted, just one game separates the teams from the final, with two tantalizing semi-finals in store this weekend. First up, a New Zealand derby between defending champions the Chiefs and the form team of the tournament the Crusaders to decide whether the final will be held in New Zealand, followed by the clash between the Bulls and Jake White’s Brumbies.

Bet365.com is the best place to bet on the Super XV Semi Finals, offering you a wide array of match selections and markets, including exciting in play options that you can have a punt on as the games progress. Below we look at some of the most popular bets that Bet365.com has to offer.

Despite the Chiefs (7/5) enjoying home advantage in the opening semi of the weekend, they go into the game as underdogs, a label they won’t be too fussed about, as they aim for their second successive home final. The main reason they are considered outsiders in this encounter is through no deficiency of their own, but rather due to the supreme form that their opponents bring into the game. In the corresponding league fixture between these two sides a few weeks ago, the Crusaders (4/7) crushed the reigning champions 43-15 in a one-sided encounter. The Crusaders, on a five game winning streak, then blitzed the Reds in their playoff fixture 38-9 last week to set up this semifinal derby, and with Dan Carter back to his best, and the likes of Richie McCaw still being used as an impact sub, the Crusaders are looking very difficult to beat at present. Although a repeat of the mauling they handed the Chiefs a few weeks ago is unlikely, on current form it would be difficult to bet against the ‘Saders, the fact they play away notwithstanding. The Chiefs are being given a three-point head start at Evens. Over 44.5 points pays out at 91/100, and although this game could be tight, should a few early tries be scored, expect the game to open up in the second half.

The fortress of Loftus Versfeld plays venue to the second semifinal, as the Bulls (2/7) host the Brumbies (11/4). Not many would have predicted the Bulls winning the South African conference at the beginning of the tournament, but weak campaigns from the Sharks and the Stormers meant the walked away with it fairly comfortably in the end. They will have the benefit of going into the game knowing that should the Crusaders defeat the Chiefs earlier on in the day they will be hosting the final next week if the win. They go into the game as favourites and the eight-point handicap at 10/11 reflects this advantage. An advantage that they have not only because of home advantage, but also because they go into the game fresh from a week’s rest, whereas the visitors had to get through a tough playoff game against the Cheetahs last weekend. The Brumbies have had a strong campaign, winning the Australian conference ahead of the Reds and playing a sensible and tactical brand of rugby. Similarities have been drawn between these two sides over the last few days, and with Jake White at the helm, it is no wonder. The former Springbok coach knows a thing or two about the Bulls’ approach and will be confident of pulling off an upset at Loftus this weekend. The formbook and history, however, say that it will be the Bulls to take on the winner of the New Zealand semi. Under 46.5 points in the game pays out at 91/100 – it’s worth a thought.

Bet365.com is the place to go for all rugby betting opportunities. There you will find the best odds when it comes to the Super XV Semi Finals markets as well as in-play options to play as the action unfolds.