Bet On Winter Olympics Futures – Most Gold Medals and More 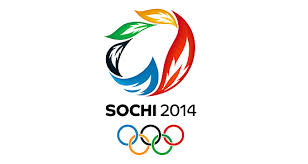 The Winter Olympics is now less than a month away.  So far the majority of the focus has been on the Men’s Olympic Hockey team selections, but we are now getting close enough to start talking about which countries are the favourites to win the majority of the events in Sochi.  Remember, there is only one gold medal for Men’s Hockey, but other events, such as downhill skiing or speed skating have several gold medals to hand out.  For this reason, it might not be the most high profile country that wins the most medals, but instead a country that is great at a specific sport with a lot of events can come out on top. 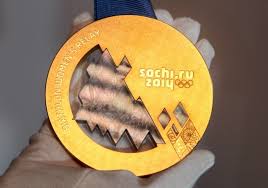 Here are the odds from online sportsbook BetOnline.ag, which accepts players from the United States as well as from around the world.

It will almost certainly be Norway, USA, Germany, Russia or Canada who finish atop the medal podium the most in Sochi this year.

At the 2010 Olympics in Vancouver, Canada dominated the gold medal podium winning 14 gold medals at the games.  This was far more than Germany (10), the United States (9), Norway (9) or Russia (3).  That said, the Canadian athletes did have the home crowd and stadium advantage, which allowed them to compete in front of friends and family on courses and in stadiums they were familiar with.  Canada also poured a lot of money into their athletes for these Olympics to try to ensure a good showing at home.

In 2006 the Olympics were held in Turin, Italy and Germany finished atop the standings with 11 gold medals.  The United States (9), Russia (8) and Canada (7) were all in the mix, but Norway finished with only 2 golds.  Austria actually had 9 golds to finish in third overall.  Italy actually had 5 gold medals this year, and followed that up with only 1 in Vancouver, which shows how important it is to host.

I personally like Germany at +500 in these games.  They are very strong in the skiing competitions and finished in second in 2010 and 2002, while taking down the most medals in 2006 in Italy.  The games are once again fairly close for the Germans, so at +500 they are a good bet.  I would stay away from the Americans and Canadians who have to compete very far from home and on an entirely different time schedule.  The Norwegians have a strong chance, but at +160 I don’t feel they offer a big enough return on your investment.

BetOnline also has several of the earlier competitions available for betting, so check it out to get your Olympics betting started early!